After a busy term of learning, would you choose to go back to school for the holidays?  Mr Thomas did just that – travelling, along with 200 principals from all around the world, to study at Harvard Graduate School of Education in Boston, U.S.A.

On his return I interviewed Mr Thomas to find out more…..

Anywhere in the world is far away from Australia, and travelling to America via Dubai and Greenland gave Mr Thomas plenty of time to prepare himself for this significant learning opportunity.  As part of a comprehensive study program, this fortnight was a unique chance for 200 principals from a range of different countries, sectors, backgrounds and political persuasions to jointly explore the challenges facing education systems in schools, learn about best practice in exemplary education from world-renowned educational experts at Harvard and to discuss the future of schooling in our world. 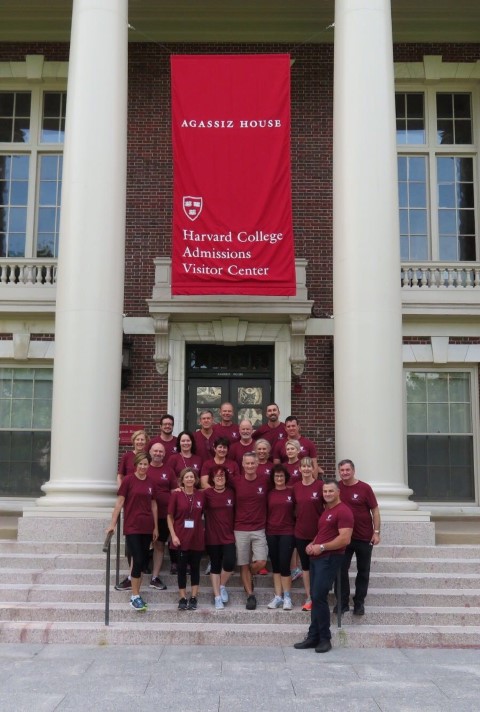 With such a profound agenda, Boston seemed to be the perfect fit.  Mr Thomas was impressed with the vitality of the city with its mix of old established architecture and bold visionary architecture.  He felt the creative energy of its 230 000 tertiary students who collectively come together to think and learn and of course, he was at Harvard – famous for “preparing smart and passionate individuals to become transformative leaders in education.”*1(HGSE website) 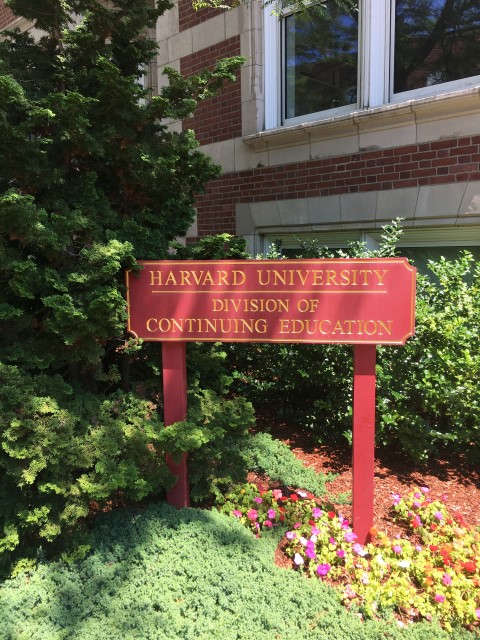 His itinerary was demanding with lectures and tutorials from 8:30 a.m. to 6:30 p.m. focusing on Big Ideas such as:

• The impact of community engagement

• Exposure to different theories of leadership, and

• What is deep learning?

Mr Thomas embraced the rigorous schedule, often finding himself ‘put on the spot’ sharing MRPS practices, giving feedback and offering opinions but as a ‘lifelong learner’ himself, he also felt valued as part of the learning process.

Two key concepts that emerged from these sessions were: that there is a universal need for differentiation in education, and

that the notion of the importance of building a culture – both School and Community Culture- is more powerful than any other strategy, as it gives people the will to act.

Mr Thomas’s own will to act was tested during the Adventure Camp on his second day, where he took part in high wire team building activities.  Stepping outside their comfort zones, participants learnt to trust the team and to develop and recognise his or her “stretch zone” to move closer to one’s own proximity in learning” and further from the “panic zone”.

At the heart of every learning institution is the Library – a repository for knowledge and invaluable collections of books.  The Widener Library at Harvard College is such a place, but as Mr Thomas’ anecdote shows, it also holds a fascinating story of tragedy, generosity and human ingenuity.  Mr Thomas said that each morning on his run he would pause at the steps of this imposing building and wonder at the story which gave rise to this grand structure and the innovative engineering solution it engendered.  Its unusual provenance lies in the tragic sinking of the Titanic when it hit that fateful iceberg in 1912.  On board was the Widener family: George and Eleanor Widener and their son Harry, a 1907 graduate of Harvard.  Both George and Harry perished but Eleanor survived.  She created the Widener Library as a perpetual memorial to her son and to house his collection of precious and rare books.  This generous bequest had certain provisos, one of which was that she was to be in charge of the design and building of the structure and that “the building was never to be physically altered.”  The Library is an imposing four storeys high, holding 70 million books, but it has more in common with the fateful iceberg than meets the eye.  To overcome the restriction of the proviso of maintaining the building’s appearance, an engineering solution saw the building expanded six storeys underground.  It now houses nearly 100 kms of bookshelves, which Mr Thomas noted, means that theoretically two marathons could be run in its space.  It is a gracious combination of philanthropy, innovation and design.

Mr Thomas said that the experience of being at the Harvard Graduate School of Education was “irreplaceable” and that there was “no substitute for actually being there”.  He added that he was very aware of the gravitas of being at the best graduate education faculty in the world and that, 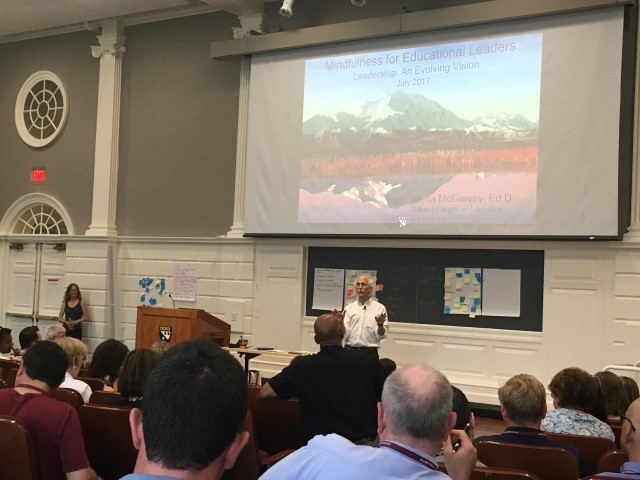 Eminent lecturers there include Professor Howard Gardiner, whose work has a direct connection to our school’s ethos with his research on Multiple Intelligences and Professor Joseph Blatt, who co-authored Sesame Street in the 1970s to promote literacy and who still writes for the series today.

I asked Mr Thomas what key message he had brought back with him from the study tour and he said, 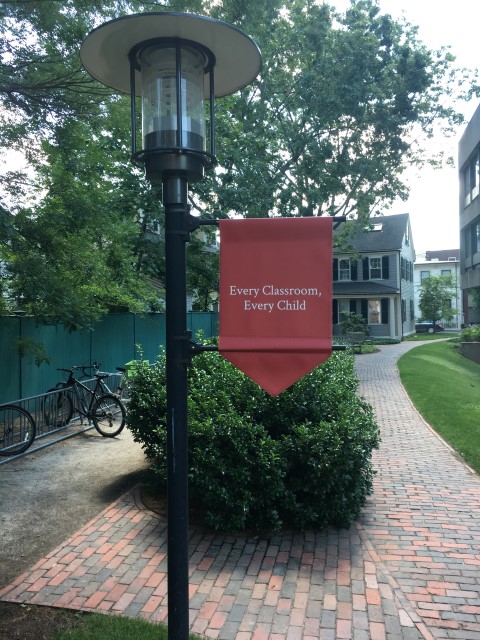 With that positive outcome, just as in our school’s inquiry process and celebrations where we always conclude deep learning with the SO WHAT? question,  Mr Thomas outlined the bigger picture.  This study tour was a culmination of six months prior study which he will continue online for another six months before completing a research project for twelve months in collaboration with a member of the Education Department’s team of Executive Directors.  The result will be the development of skills that can be shared within our community, across the region and throughout our schooling system in Western Australia.

A further outcome of his involvement in this study group that Mr Thomas noticed was the special role education plays in promoting collaboration and overcoming differences in culture, background and even diverse educational sectors and systems, summing it up as:

“Education is the bridge.”

So, whether it is libraries, icebergs, sport or deep learning, it is the empowering notion of developing a shared culture and vision with strong community engagement which will propel our school through the challenges of the changing world around us.

Photos by Mr Thomas; Written and posted by D. Veary