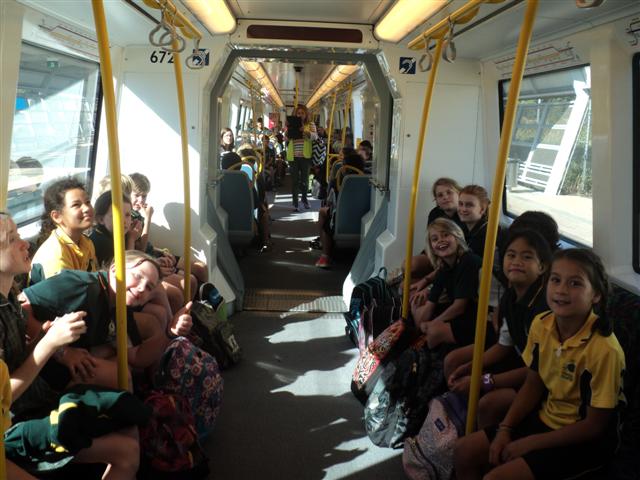 Last week the Year 5s went on an excursion to Perth to Scitech to visit the Planetarium where they watched  The Horizon Show.  They learned all about the planets and watched a movie about the climate and weather on different planets.  One thing they discovered is that planets do have weather, although it’s more extreme with greater heat and huge dust storms, compared to Planet Earth.

Students were given a number of problem-solving activities to do.  They had to build a giant igloo using giant blocks of foam which they joined using velcro strips. 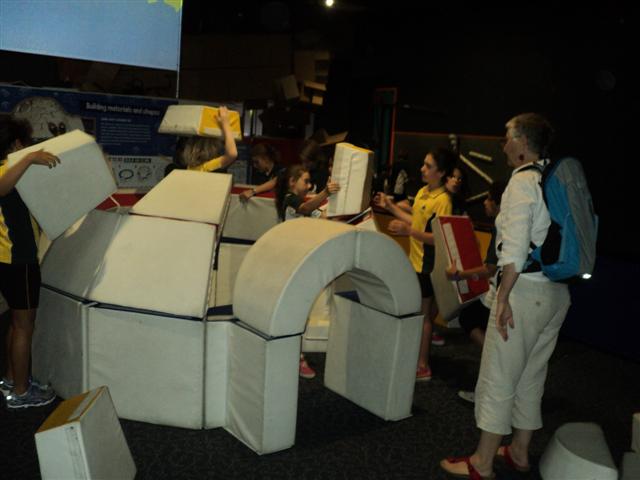 They built lego cars which they raced. 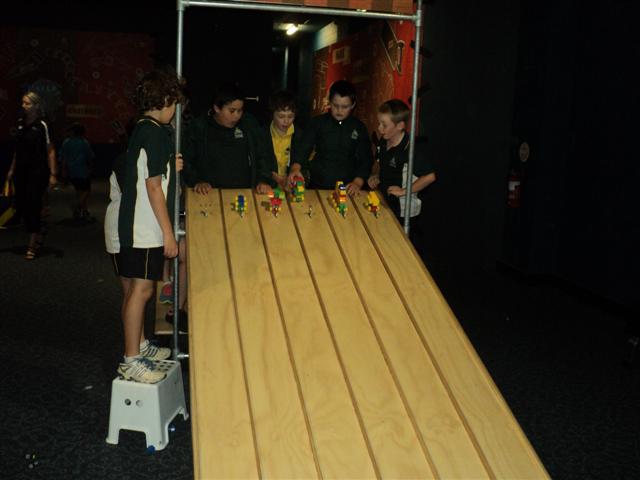 The construction table had wooden blocks but the added difficulty of the table being unstable and tilting under the weight.  Students had to work out how to build to compensate for the tilt… 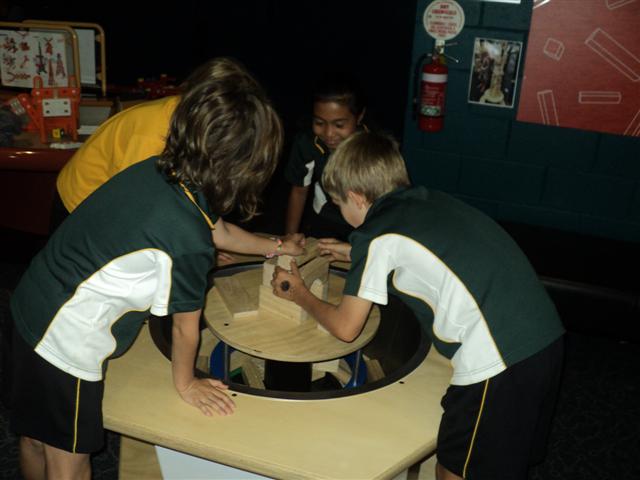 They made their own music, recording it and mixing the sounds using cymbals and drums. 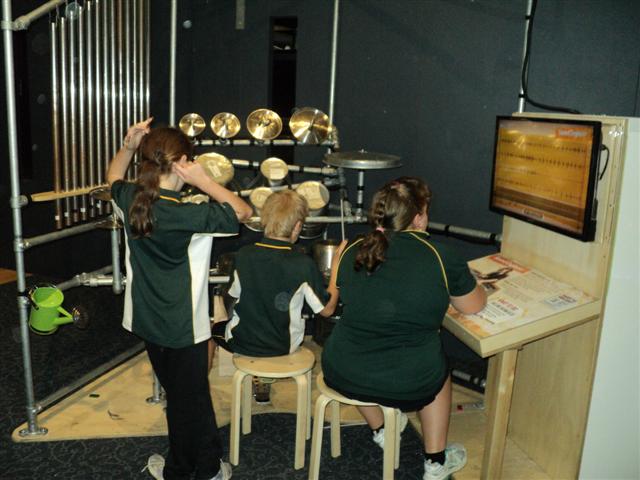 After watching a classic domino wall movie students were inspired to build their own domino walls…. 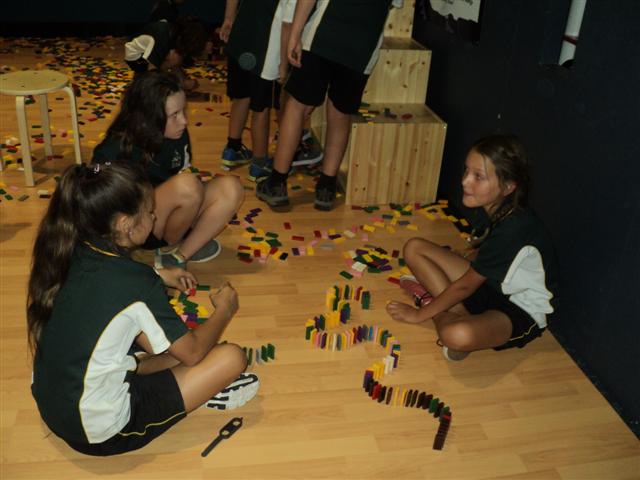 then have them going up and down and all over the place in a sequences wall. 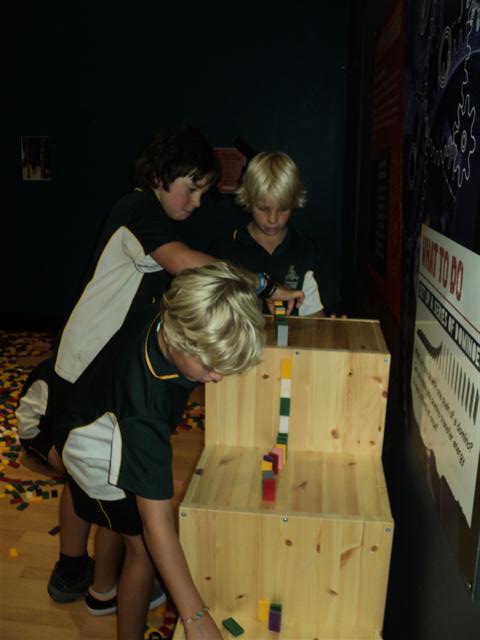 And then of course, the long train ride home again before catching the final bus home after a full and eventful day.

Students in T6 reflected on their excursion in PMI graphic organisers.  Here are two of them: (Plus, Minus and Interesting or Ideas). 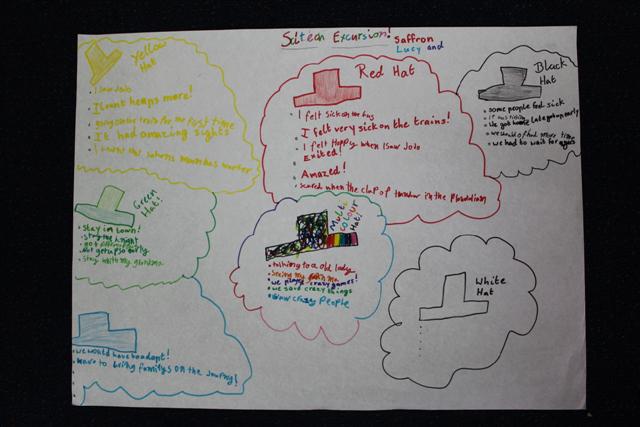 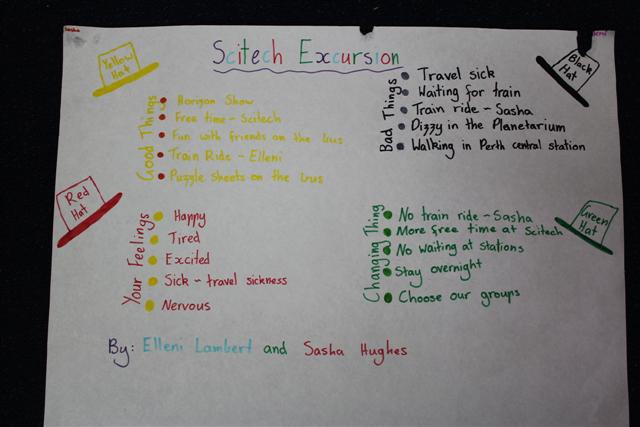 Mr K. passed on the congratulations and positive e-mails he received from members of the public who commended our students on their manners and consideration on the train.  Many thanks to the teachers and helpers who provided this opportunity for our Year 5 students!  🙂

Written and posted by D. Veary; Photos by Gabrielle C.