Opening of our Indigenous Garden 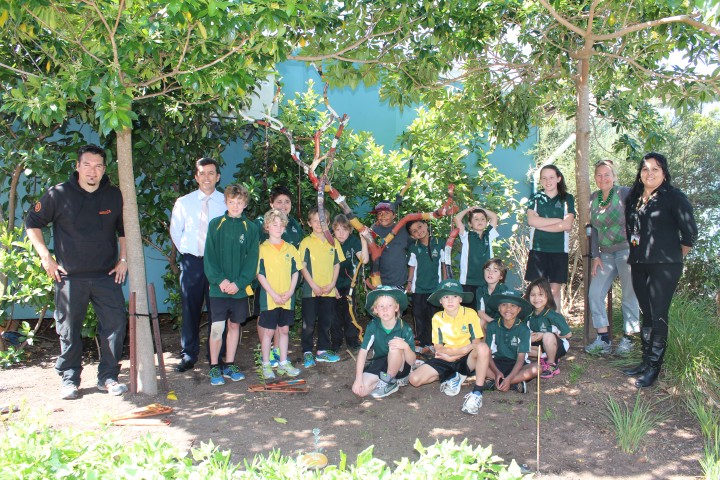 Last Monday, our indigenous garden was officially declared open by Mr Kerimofski.   Josh Whiteland opened proceedings with a Welcome to Country and explanation of what this garden means culturally. 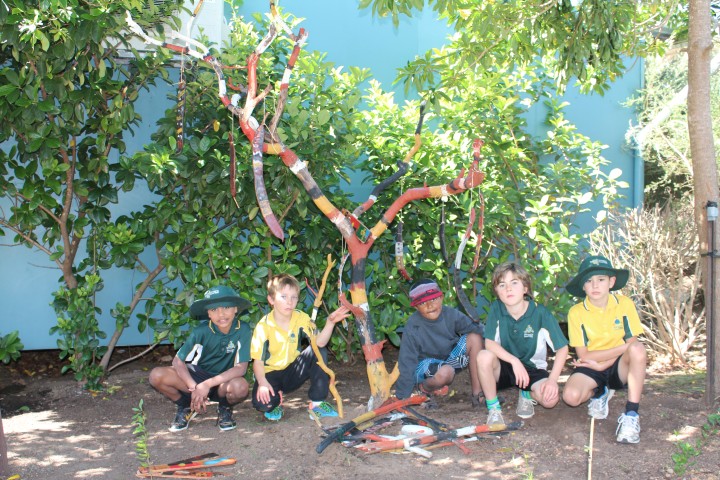 The project has been funded by a PALS Grant which allows all our indigenous students to celebrate and explore their culture through an awareness of bush tucker and the environment.  Ang said

this project is a committment to reconciliation and respect for culture.

Ang Ramirez has led the project with the support of Eve from LAMP and Josh Whiteland.  They have combined teaching students about indigenous plants and bush foods and medicines with cultural art.  Students worked together to create the sculpture tree and each child designed his or her own family totem on a piece of wood to hang off the sculpture.

The end result was very effective with emu footprints leading up to a symbolic emu nest below the sculpture tree.

Students have planted indigenous bushtucker plants and on Monday they harvested plants which were then cooked up in the Kitchen Garden kitchen for a shared meal, after the official opening.

Opening our Indigenous Garden on PhotoPeach

Written and posted by D. Veary; Photos by Ang Ramirez and D. Veary