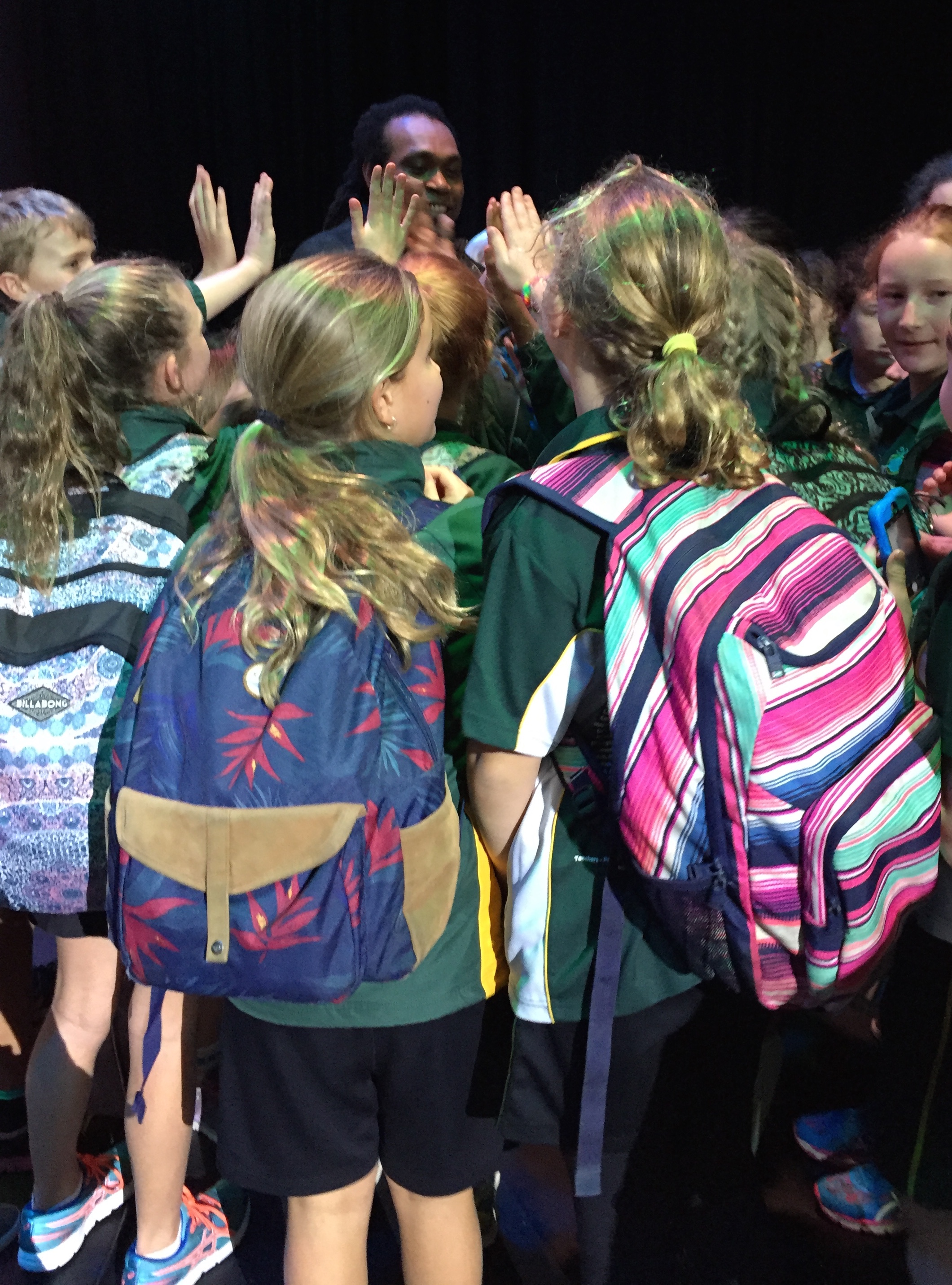 The Michael J Australian Schools Concerts is a project that develops greater motivation and enthusiasm of our young generation in learning bahasa Indonesian through immersion in the contemporary “pop culture” of Indonesia.  Michael Jakarimilena (MichaelJ or Michael Idol as he is known) is a humble performer with a strong sense of national identity with Indonesia and is a positive mentor for the younger generation in both Indonesia and Australia. 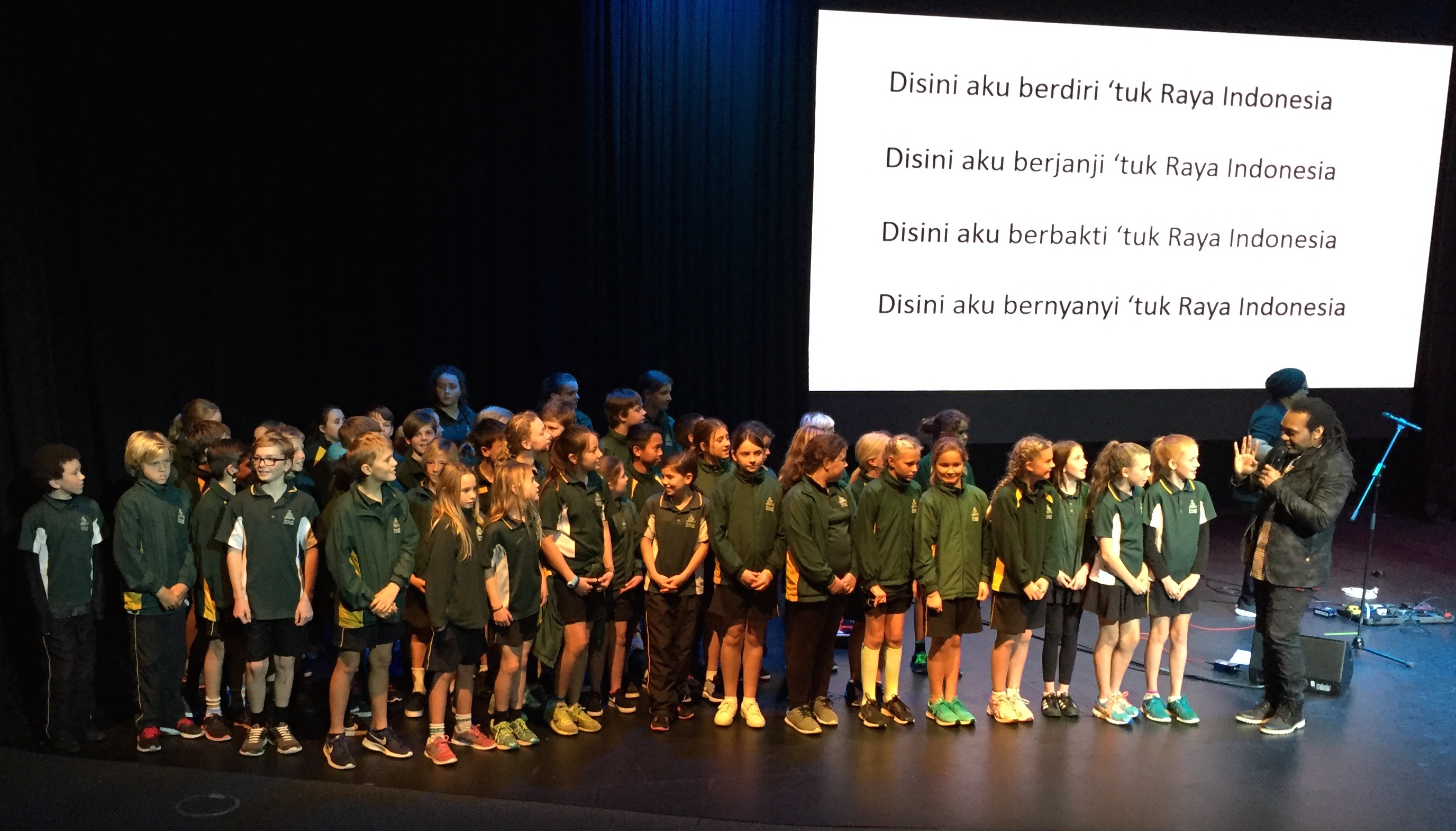 We have been learning songs that MikiJ performed.  We Skyped MikiJ a few times while learning the songs and students were engaged and really inspired as he sang along with them.  They were very excited when he invited them to perform on stage with him, mentioning their Skype singing sessions.

You can use this link to watch the video of his performance (on Balai Bahasa Indonesa’s Facebook Page).   The part where our students come up on stage to sing with him is at 1:23 on the video.