Lighthorsemen Honoured at our Anzac Ceremony 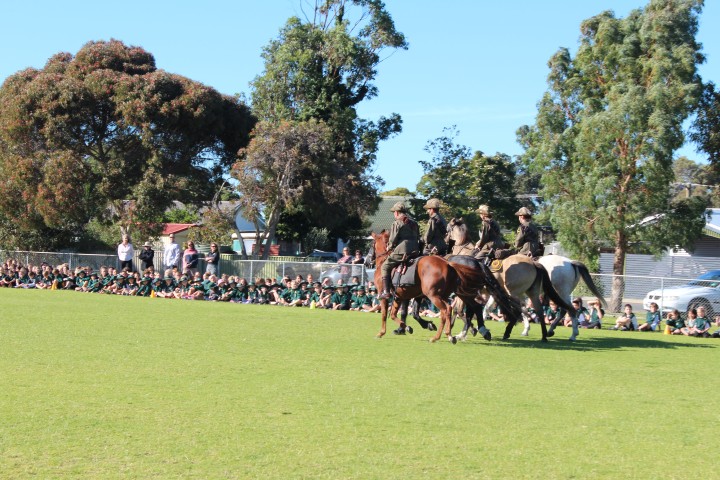 The ground of our oval shook with the thundering hoofbeats of the Bunbury 10th Light Horse Troop last Tuesday morning as they demonstrated some of the skills our early Anzac mounted infantrymen would have displayed in their battles at Gallipoli. 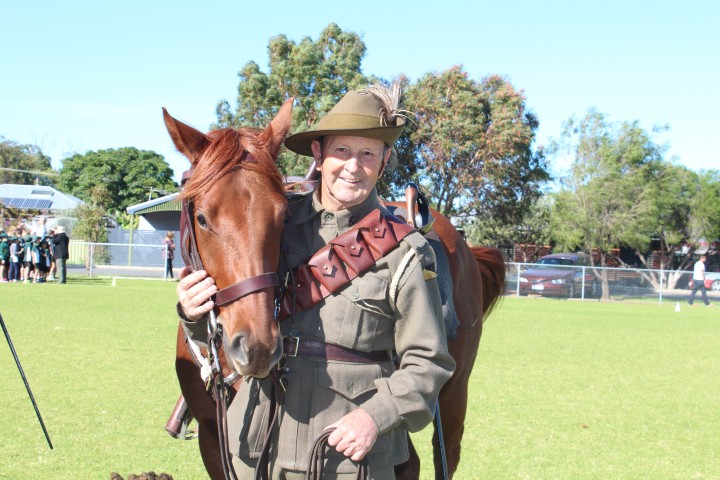 Troop captain Harry Ball explained just how important our Lighthorsemen were in the desert campaigns in the Middle East as our horses and horsemen were well adapted to the harsh conditions, showing tenacity and skill in their successful campaigns.

He explained the vital role the Australian Lighthorsemen played in the Middle East campaigns and how Western Australia, with a population of only 280 000 at that time, supplied two squadrons of lighthorsemen (half a regiment), with huge success. 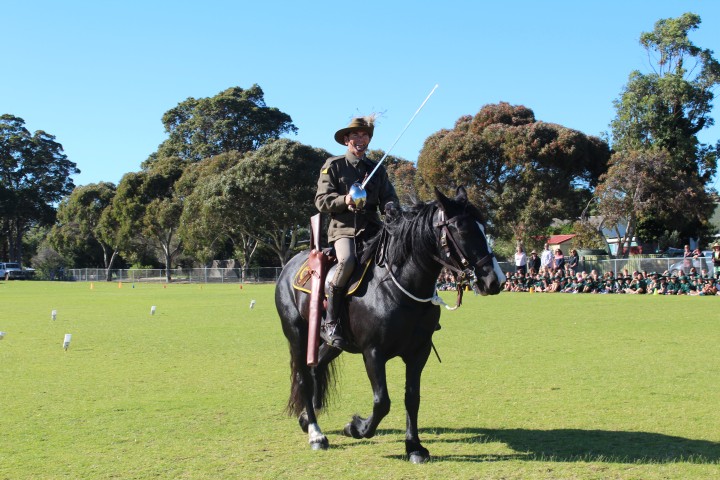 Sadly, he also reminded us of the carnage of war when he told of the Lighthorsemen’s famous charge at the Battle of Beersheba, bayonets brandished as they jumped the trenches and advanced on the town.  Of the 38 troopers who died in that battle the youngest was only 14 years of age and when his parents were told of his death they responded: “My son is not in the army.  He is in Northern Queensland, droving.” 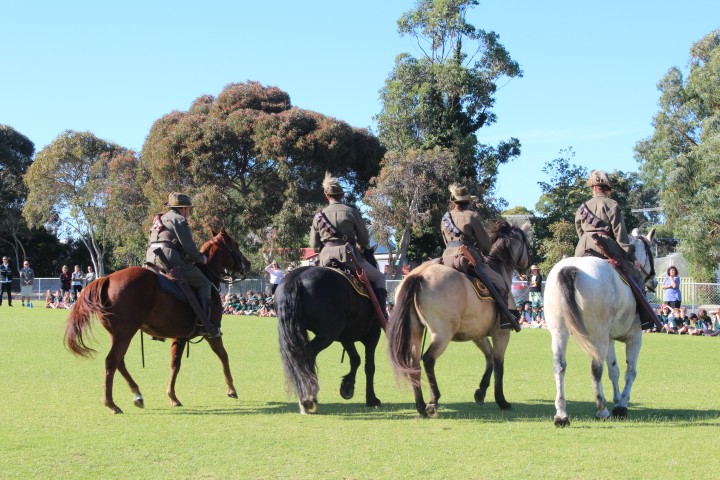 Students watched entranced as the troopers and horses demonstrated  teamwork and co-ordination as the troop ‘wheeled’ in the drill, appreciating the strength and speed of the horses as their riders cantered past.  They responded enthusiastically to the riders’ skill as flashing swords pinned tent pegs at the gallop. 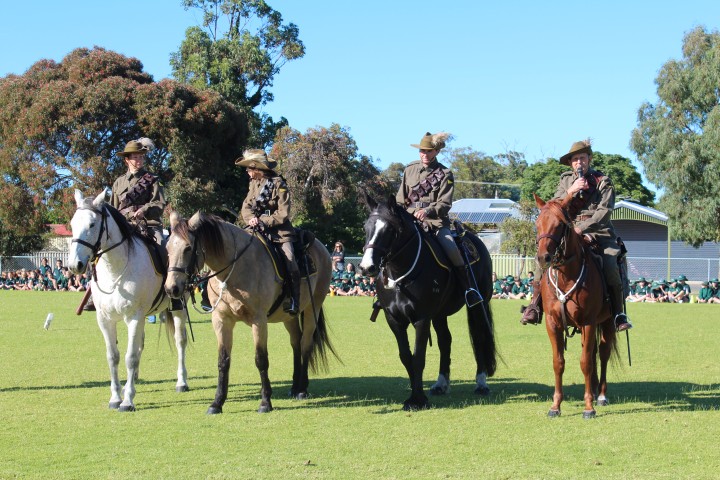 The responsive and calm nature of the horses was evident in the Walers we saw in action on our oval, proving just why they are an Australian heritage horse breed.

However, the reality of war was brought home to us all as Harry told how, of the 135 000 horse which left Australia for war, 80 000 were killed in battle and only one horse returned.  That horse, Sandy, belonged to General Bridges who was in charge of our troops in Gallipoli.  Sandy was brought home to take part in General Bridges’ state funeral during the First World War. 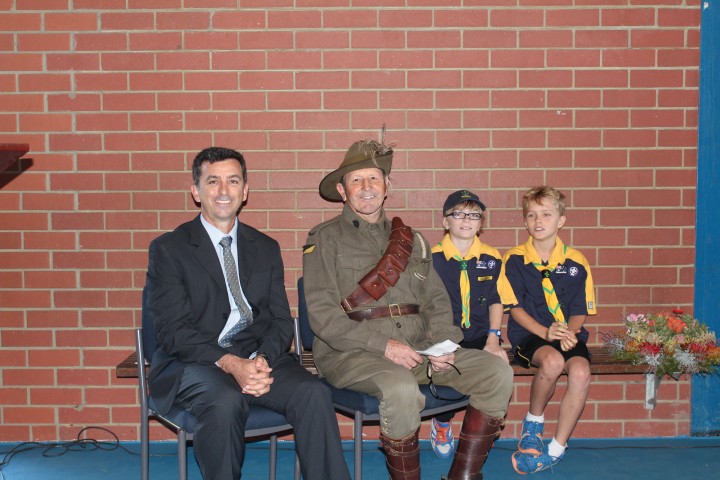 Harry’s address in our formal ceremony and the heartbroken trooper’s poem he read was a poignant reminder of the bravery and loss experienced by our lighthorsemen in Gallipoli one hundred years ago.  The Bunbury 10th Light Horse Troop honour their memory and we were privileged to see them in action on our school grounds on Tuesday.

Many thanks to Mr Madden for all his hard work in organising this very special 100 year commemorative ANZAC Day Ceremony, the Bunbury 10th Light Horse Troop (with our own Ms Love), Harry Ball for his address, Ms Helen and the Dreamcatchers for their music, Helen Grantis for her beautiful wreath, our faction captains and scouts and Johanna Nordstrom for playing the Last Post and Reveille at our flagpole ceremony.

Please enjoy these video clips of this special event. [note the first clip is a little longer…]