In Kitchen, the year 5s had a kitchen garden challenge. The rules were: you have to search for and organise your own recipe, bring your own ingredients from home, make it without Sarah [the kitchen teacher] running you through it, and use two ingredients from the school garden.  Everybody had so much fun.
My group chose to make mixed berry tarts. Most of our group like berries and we thought it would be a quick and easy thing for a kitchen challenge in one hour.
We searched up a recipe on Taste and found the mixed berry tarts. It included lots of raspberries and blueberries, which were most of our favourite berries. The berries would sit on a cream cheese base. We made that base using cream cheese, almond meal, castor sugar and lemon juice. We put it all in a bowl and mixed it up with a whisk. We used Pampas shortcrust pastry to line the muffin tins that we used. We sprinkled berries top of the filling and used a bit of mint and edible flowers to garnish it. (They came from the garden, as well as the lemons for lemon juice.) Some of us couldn’t resist and took a tiny finger taste of the cream cheese filling – it was very sweet and tasty!
There was a special glaze which we made with sugar and lemon juice, which soaked into the tart and made it very shiny.
I was the head chef and I think our group worked very well as a team to get it all together. We even finished a bit before the lesson and put them in the fridge to cool off. They must have looked good, because one of my classmates even tried to sneak one from the fridge!
Sally (our teacher) was the judge. We each had to cut a slice off our tart for her to taste. She said she really liked it and I think she might even like to have the recipe.  Here is the recipe. 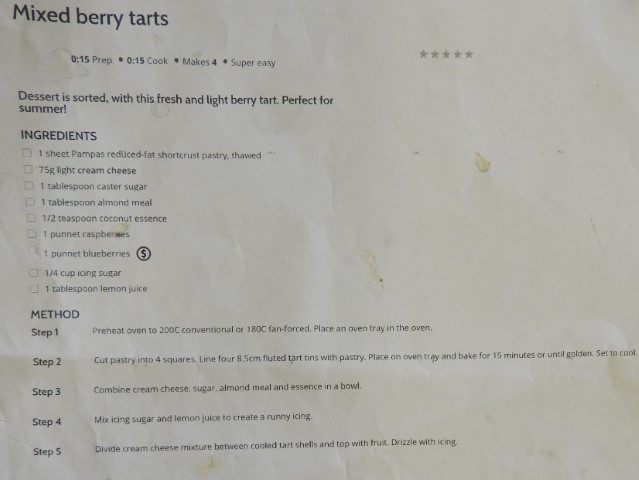 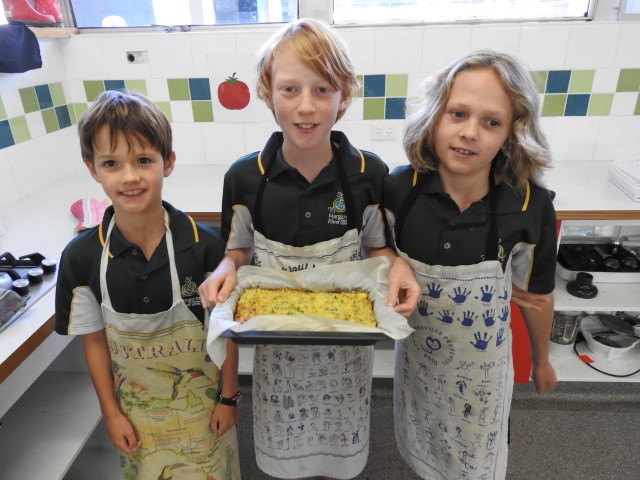 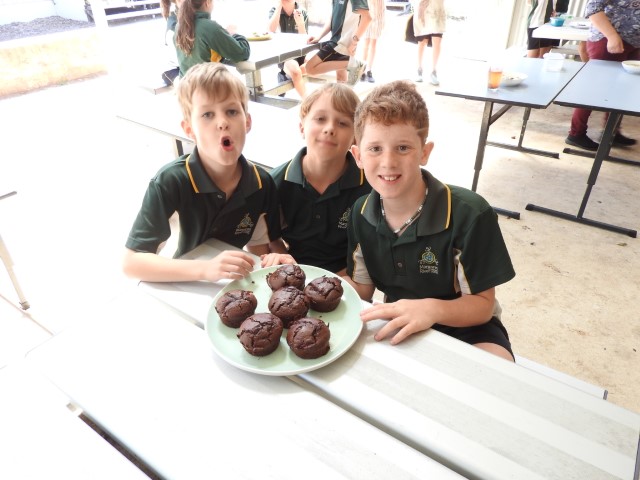 The kitchen challenge was done by the year 5 classes and held on the 25 to the 26 of November 2020. Every student took part in this amazing experience.
The challenge was super fun everyone had to choose their one recipe with their group and then share out the ingredients to bring.  On the day when the kids got to school, there was amazing tension in the air.  It was so exciting!
Our group was the first in the morning so we got our ingredients and took them to the kitchen before school started.
Our group is the Carrots and in our group are: Eila, Savannah, Isla and Aylani.  We work awesomely as a team.  We decided to make Vegetable and Noodle Soup with a pink lemonade to follow. As a group we wanted to make something noodley with vegetables. We originally wanted to make a stir-fry but couldn’t find a recipe.  Our teacher helped us find a similar dish online.  It was the Vegetable and Noodle Soup.
Eila was our head chef and she was good at organising the team, finding good jobs for each person. From the garden we picked some mint and passionfruit for the pink lemonade.
We stirfried the kale, spinach, silverbeet, grated carrot and peas and then put them into the chicken broth with the noodles. When Isla was mixing the stirfry, she flicked the spoon up and the stirfry went everywhere – face and floor!  Luckily there was still enough for our delicious dish.
It was so delicious and all the adults were queueing up for more!
This year in kitchen we have learnt so many skills and it helped me build my confidence around knives and other sharp tools. I have loved it and I am sad to have it end for my year.
By Eila and Savannah (T11 Kitchen Garden Bloggers)
And here is the recipe from our earlier kitchen session where we cooked sushi.
That week in Kitchen the year 5s had a great time making sushi. When we walked in, we could smell the distinct aroma of the Chinese cuisine and we knew we would make sushi or rice paper rolls or some other edamame smelling Asian food. When Sarah started telling us how to go through the recipe, we were already intrigued to start the lesson.
(Written by Hugo) 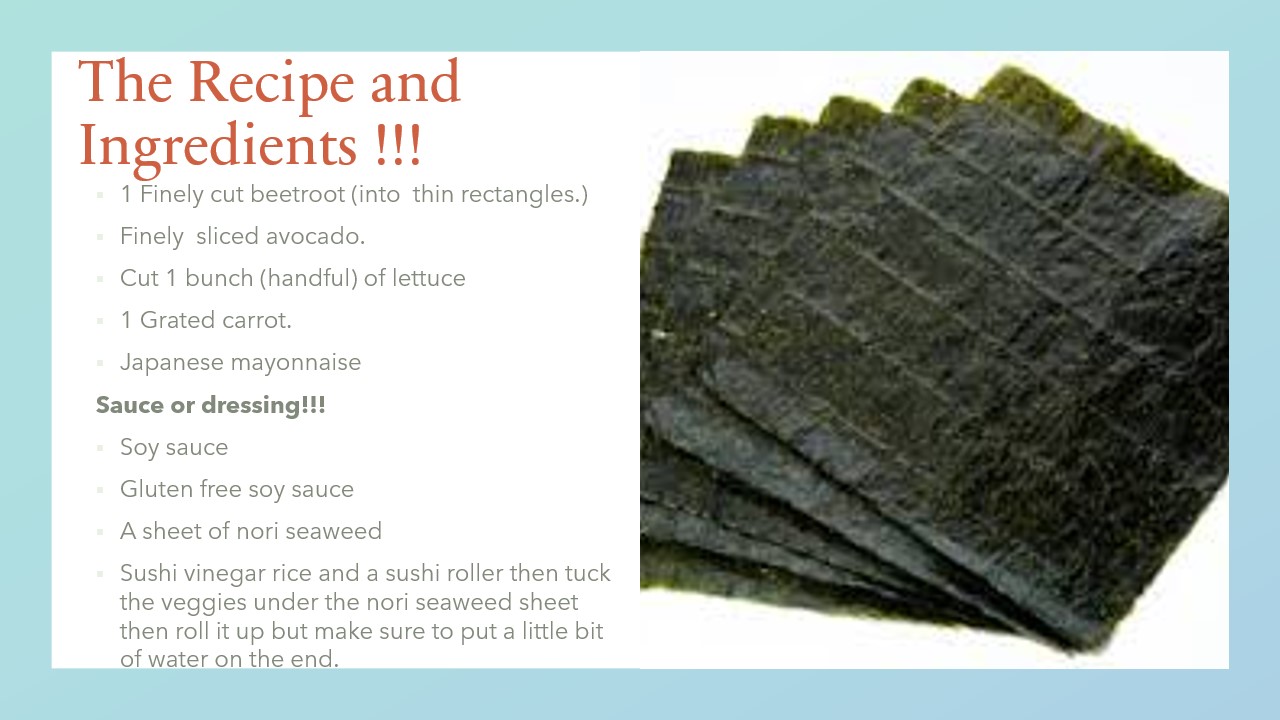 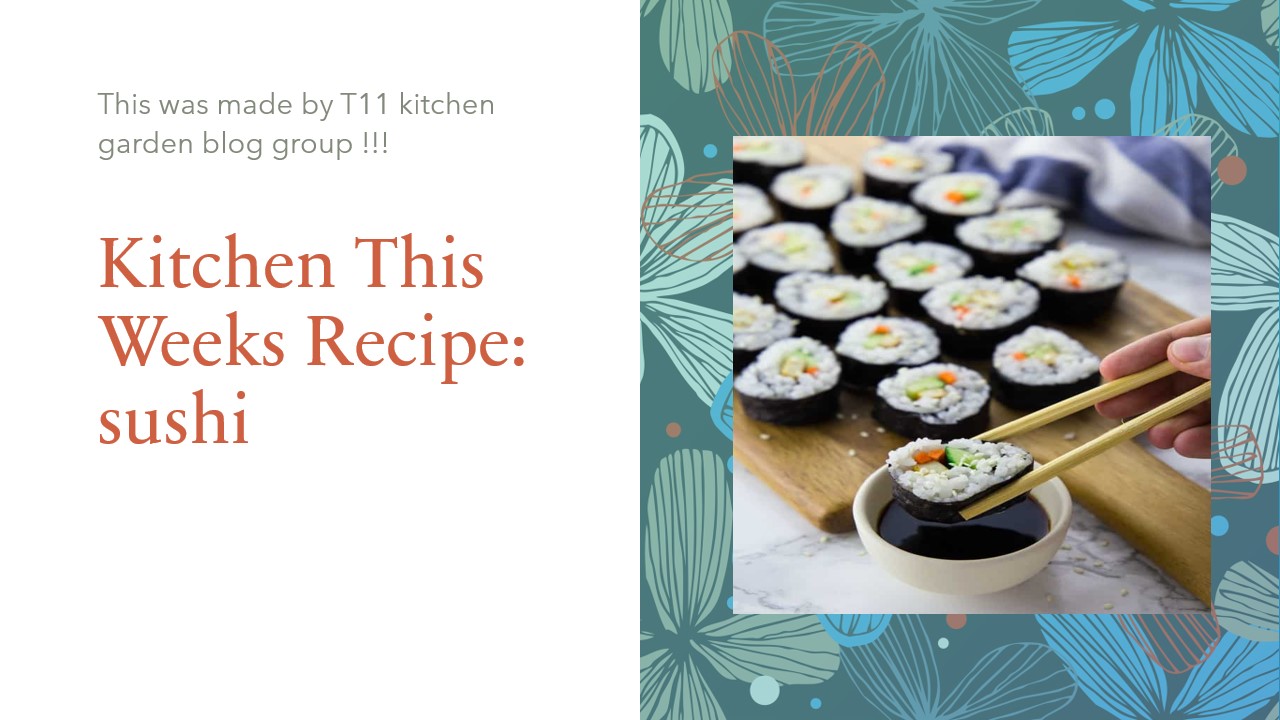 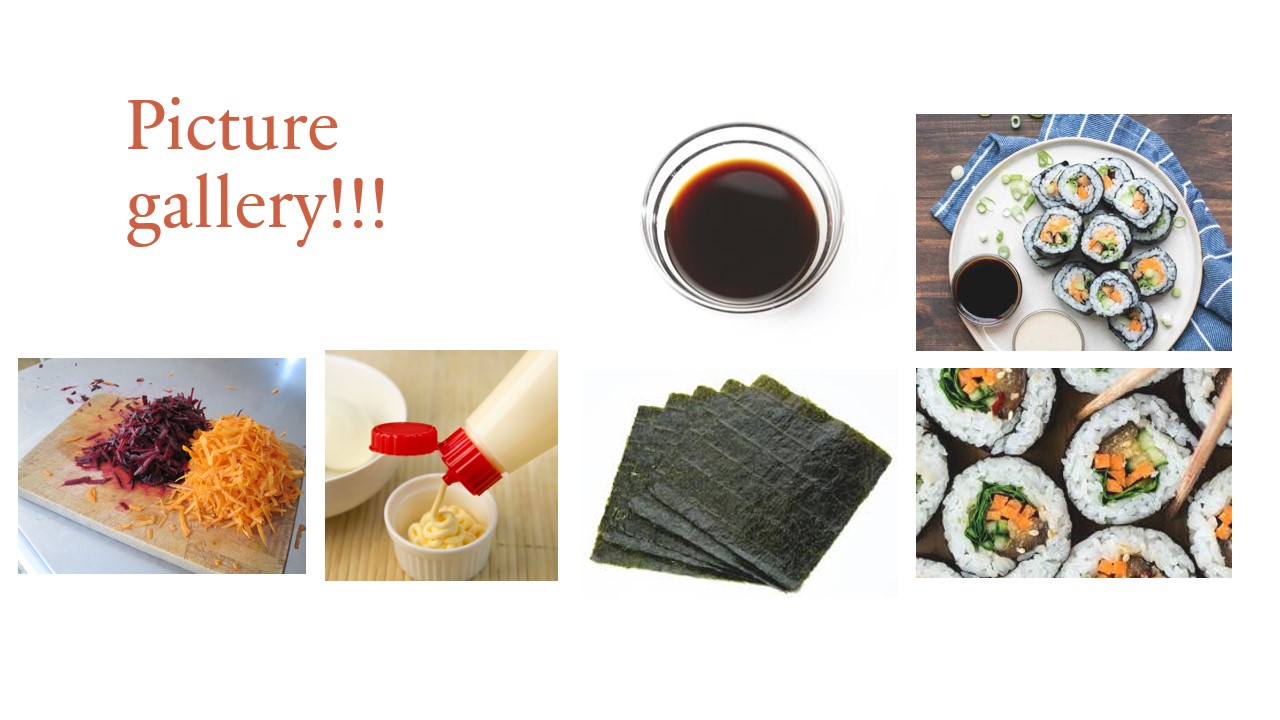