MRPS Flash Mob Choir Has Them Singing in the Aisles 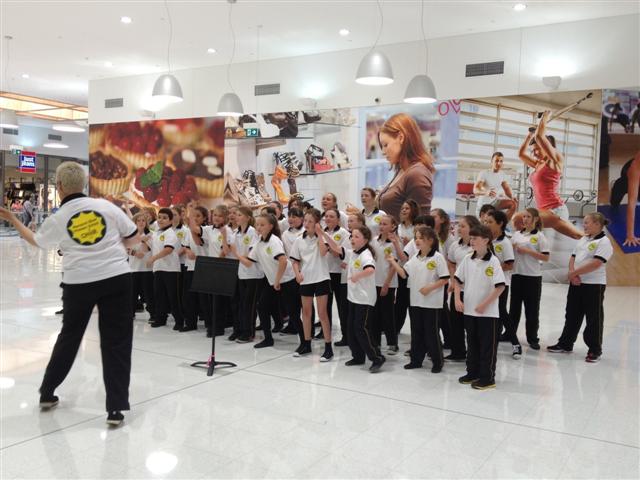 If you were at any of a number of well known town locations last Thursday week you may have been lucky enough to catch (and hear) the Margaret River Primary School senior and joey choirs who materialised, flash mob style, to perform a some very well received numbers on the way to their annual music camp in Busselton. 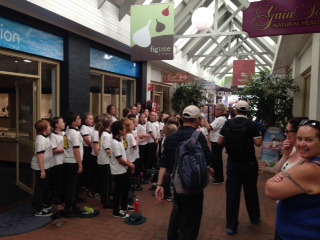 I heard one shopper say what a surprise it was and that she had tears in her eyes as she listened. 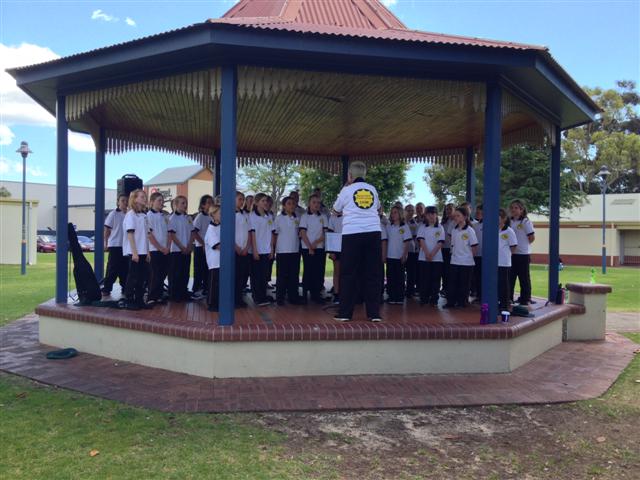 MRPS music specialist teacher Helen Collis said she was overwhelmed with how well the students performed and the positive response from community members. The camp itself was very successful with the students performing at a number of venues in Busselton as well as Cowaramup. Ms Helen thanked all sponsors and school community supporters of the camp, as without our willing parents, it would not have been possible.

You can share some of their special items here. They’d love to hear your positive comments here too. 😎