SPORTING PROWESS, TEAMWORK AND FUN ON THE DAY! 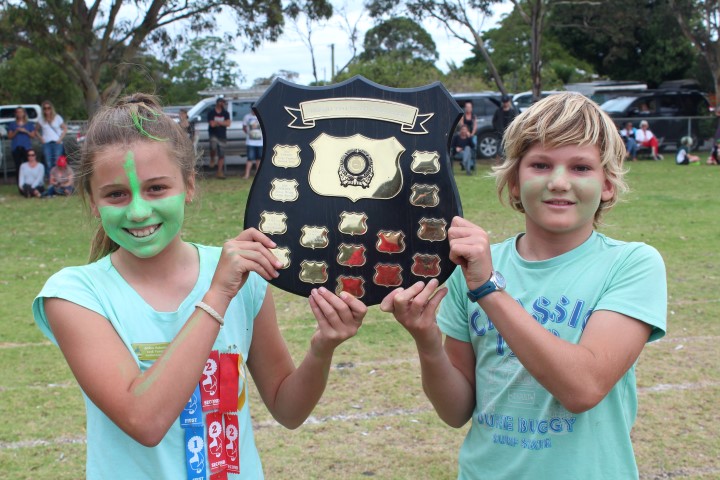 A week ago the oval was a different place. With perfect weather for the event, students marched onto the oval in their factions – flying their flags and dressed in bright red, green, blue and yellow! 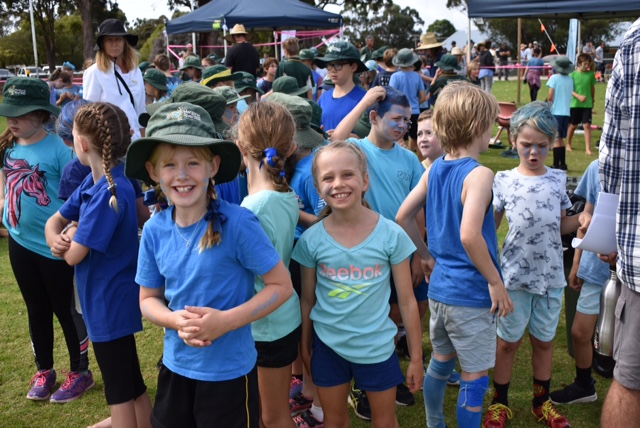 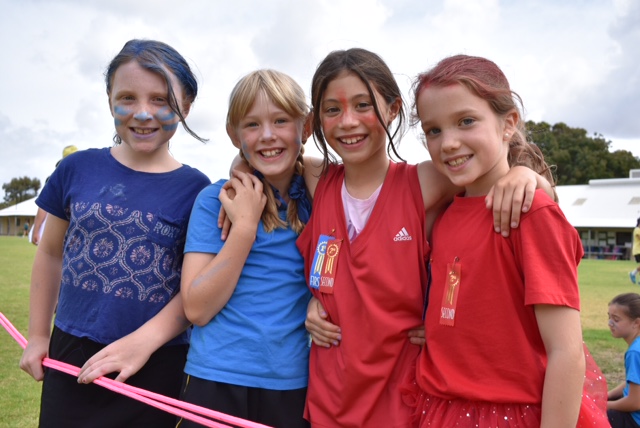 The 2018 Faction Sports Carnival for Years 3 to 6 kicked off with the championship 400m event, testing the endurance and stamina of competitors. The running races were closely contested (keeping the place-awarding officials on their toes), followed by the championship flag races. 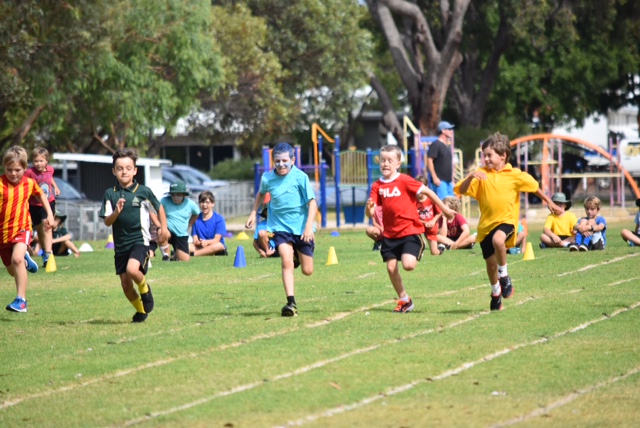 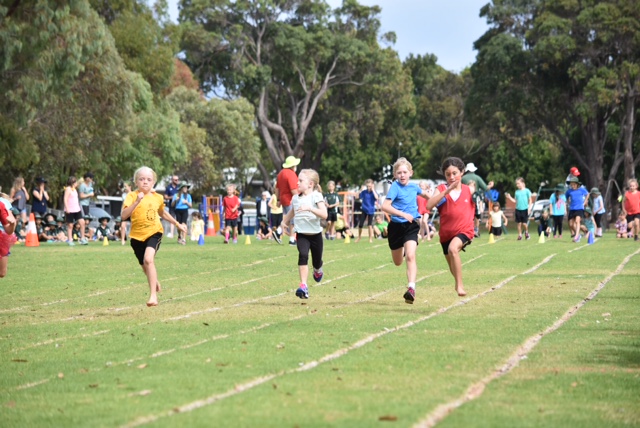 It was a change of pace when the rotations began, with students competing in their year levels and being followed around the oval by keen supporters. Events involved high levels of teamwork, strength and tactic – from the tug-of-war battles to the speed of the flag relay races before students had to find their dots and show their skill in the ball games. Passball gave way to leaderball as students weaved their way back swiftly to their dots to toss the ball high over the heads of their teammates to claim victory. 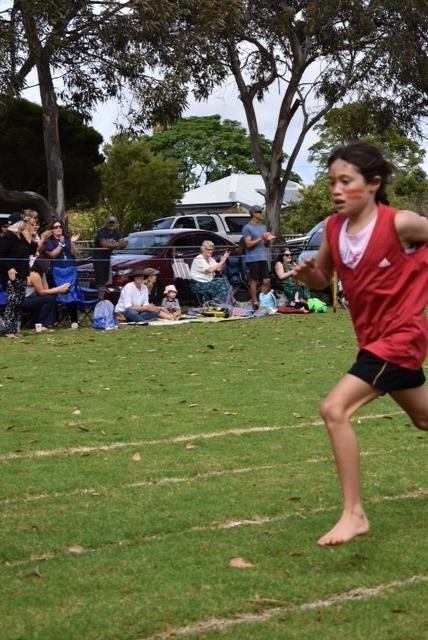 The final events of the day were the team relay races and this was a blur of movement as students gave it their all, batons whipping through hands at the change-overs and legs pumping for the finish line. 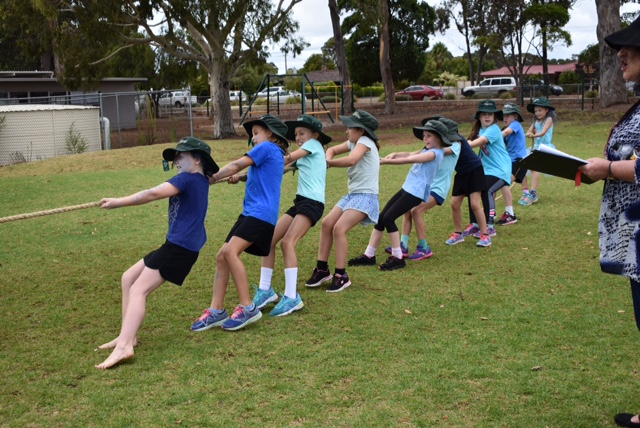 But it wasn’t only winning that counted last Friday – as Mr Thomas said when he announced the faction results, it was the teamwork skills and the fun everyone had participating on the day! This was obvious as you walked around the oval with the high energy and smiling faces of all our students as they threw themselves into each event! 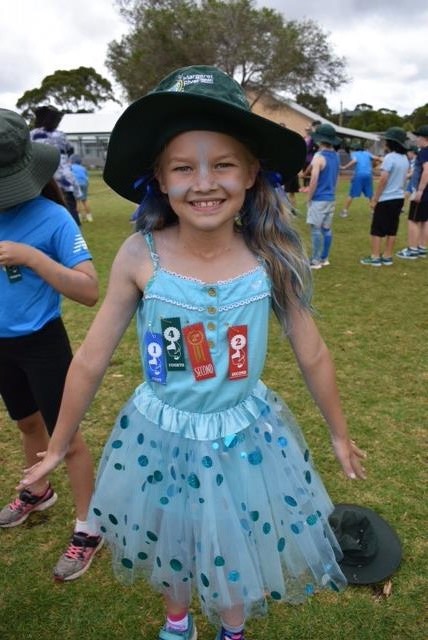 The final results were close, with Earth and Sun faction only separated by 15 points, but there was one clear winning faction on the day and that was Forest Faction! Faction captains Amanda and West accepted their trophy shield and gave a speech, thanking all those who’d helped make the day great and of course, congratulating their Faction on the win! It was a really fun day for all. 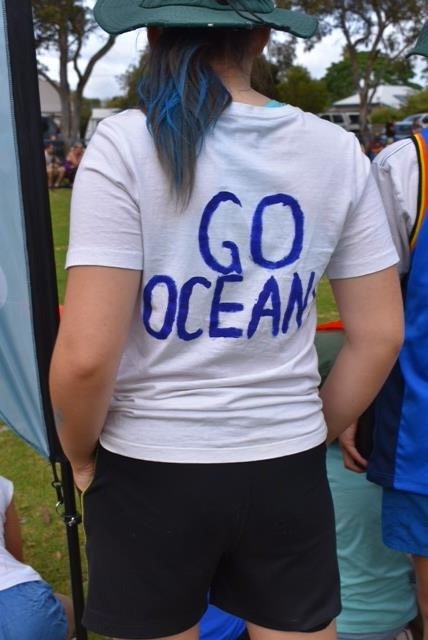 Thanks go to all those staff and parent helpers who helped set up the faction bays in the morning, recorded, awarded places, distributed ribbons, marshalled competitors to events and to everybody who came along to support and cheer students as they competed. Your support makes this school community event so much fun and a day which students will certainly remember!

Enjoy the grace and beauty of competitors in action as well as the fun and comraderie, in this film clip of highlights from the day.

Written and posted by D. Veary; Photos by Maureen Kollman and D. Veary