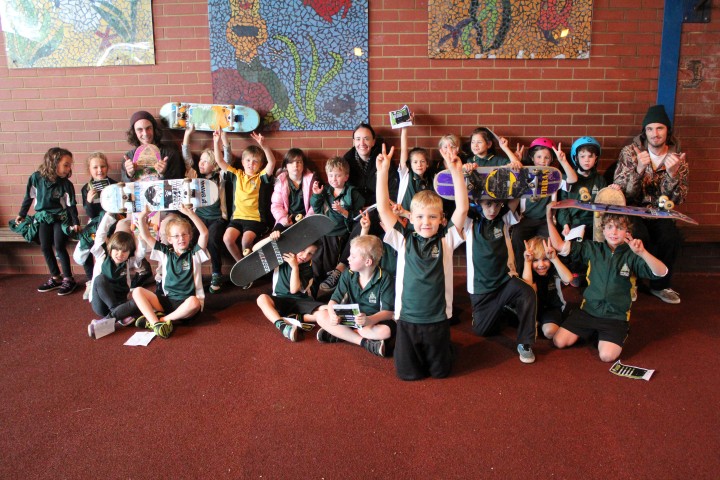 The next generation of skateboarders were put through their paces recently at Margaret River Primary School when coaches Luke and Callum from Skateboarding Australia stopped in to run a series of workshops amongst skaters from Year One through to Year Six.  All levels of experience were catered for, with some students being introduced to a skateboard for the first time and learning how to stand on a board, while more advanced students received tips and advice to improve their tricks and manoeuvres. 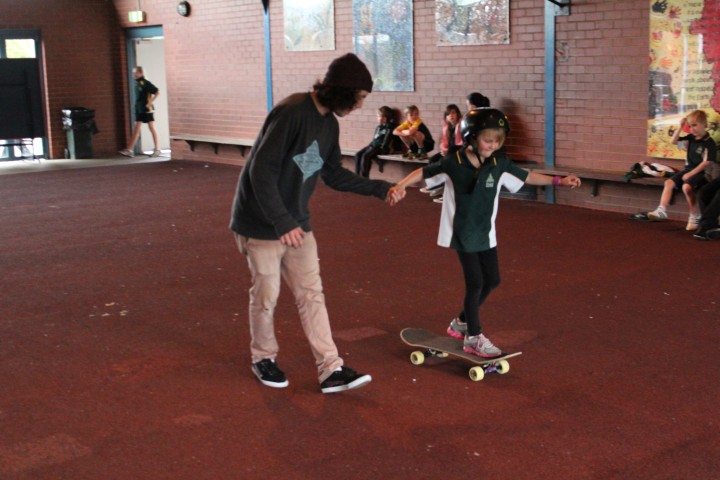 Callum, an ex-MRPS student, said the school had real depth of skateboarding talent among its ranks and singled out faction captain James Chadwick, as worthy of special mention.  Luke urged all students to keep up the practice and make good use of the local skate park, which he said was a great facility for skateboarders. Both coaches are hoping to revisit the school next year for further clinics and workshops.

Written and photos by G. Gibbon; Posted by D.Veary