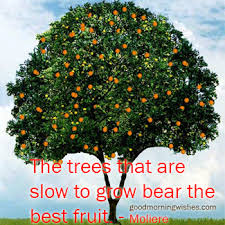 The pursuit of gardening in a kitchen garden is a bit of both, growing food to share and the innate ‘knowing’ that a seed will become the plant that provides the fruit or vegetables to sustain good health. Evidence shows that the simple act of growing things and being in a productive garden is good for the soul – reducing stress and improving mental health.

At MRPS we are so lucky to have a team of like-minded people who believe in the benefits of the Stephanie Alexander Kitchen Garden Program, and who have worked tirelessly to create,  maintain and continuously develop the successful kitchen garden program we have today. So how did it all begin?

Geoff Mcleod had always had an interest in Health as a learning area. Way back around 2009 there was a focus on stemming the growing obesity in Australian society, and the need to encourage physical, mental and emotional health in students. Mr Mcleod became interested in the kitchen garden program as a way to teach students where their food comes from and to show them the full process, from growing food to preparing it and eating it together at a table.

The purpose of the Stephanie Alexander Kitchen Garden Foundation is to introduce pleasurable food education to children during their learning years, in order to form positive food habits for life.

So, he led the creation of a Stephanie Alexander Kitchen Garden Program at Margaret River Primary, moving slowly from establishing a garden, then later installing a kitchen, all with enormous support from the community and dedicated volunteers.

Interviewing Geoff recently he said that he is,

“very proud of the school’s involvement and his leadership. This is a community program and the team over the years has been awesome!”

A great deal of enthusiasm and hard work is not always enough with a massive program like this – it also needs ongoing funding. This is where serendipitously, the late Lady Clark, and her son Will Clark enter the frame. Driving past one day they noticed the newly established garden and on further investigation, threw their financial support behind developing the program. Both have loved the program and whenever they were in Margaret River, they visited to see both garden and kitchen lessons. They believed strongly in supporting a local program which would benefit children. Their son, Adam Clark has been a willing volunteer and he has put in many hours of hard work in the garden over the years. Geoff Mcleod said,

I want to acknowledge and thank Will Clark for his support from the very first.  His significant financial support helped progress the program more than otherwise would have been possible. Initially his support provided salaries for the kitchen garden staff (specialists), as well as his other donations of sheds and kitchen equipment. 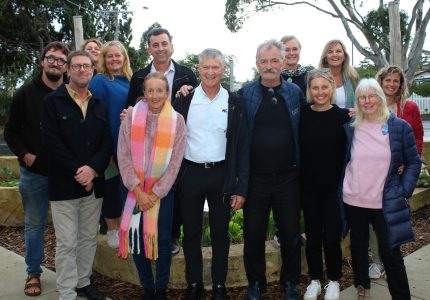 Earlier this year, past and present supporters of our KG program met in the garden to acknowledge the significant role Mr Will Clark and his family have played over the past 12 years, and to ‘unveil’ a small stone sculpture engraved with a dedication to Will Clark and his family.  This has been placed in a central position in the garden, in front of a newly planted Washington Naval Orange tree, dedicated to the memory of the late Lady Clark.

Will Clark said that he was, “humbled by the gesture and the recognition of his family’s contribution to the program.” He said that they were, “delighted to be part of the program and with every visit it was so pleasing to see the delight on every face and the fun and engagement of students.” Both he and his mother were pleased to see “the positivity generated by the program which offered hands-on learning.” 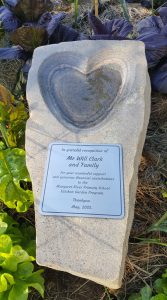 Twelve years on the MRPS Kitchen Garden is thriving, with dedicated and enthusiastic Garden and Kitchen specialists Terri Sharpe and Jodi Hunter at the helm, and ongoing community support. As the saying goes, “It takes a village” to grow and sustain a program as valuable and worthwhile as this, and our school community, wider community and parent volunteers bear witness to that.

This orange tree planted this year will grow and produce fruit for generations to come, for that’s what gardens do.