Music Stacks up with Phil 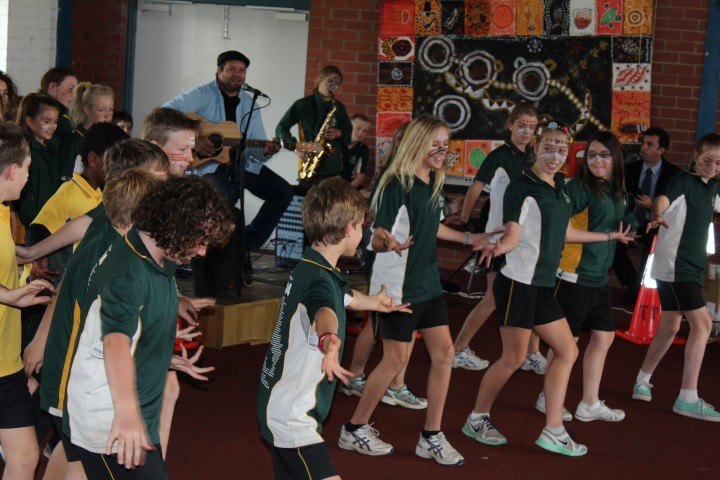 Last week, Indigenous singer-songwriter and musician Phil Walley-Stack visited Margaret River Primary School to run a series of music workshops with Year 7 students and to perform a lunch time concert, where he was supported by a number of the school’s musicians. 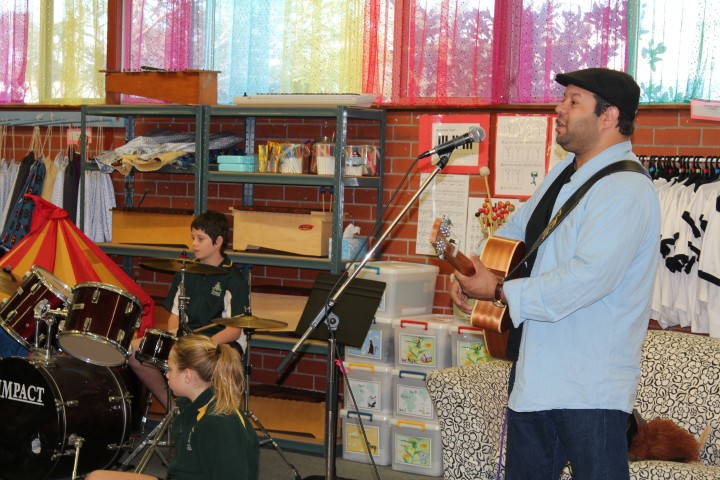 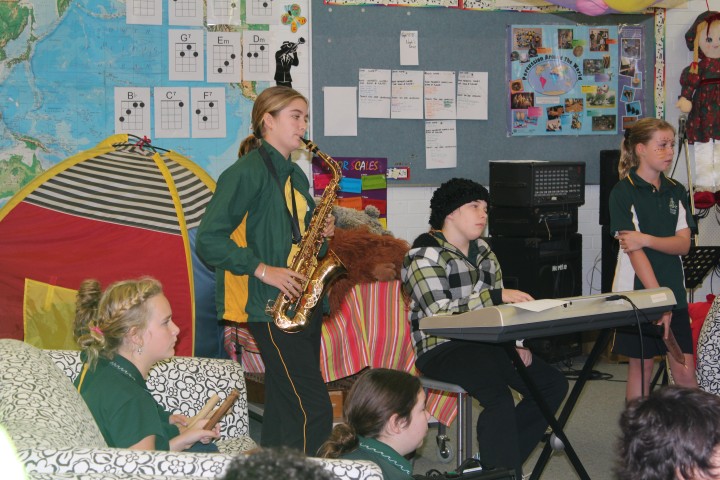 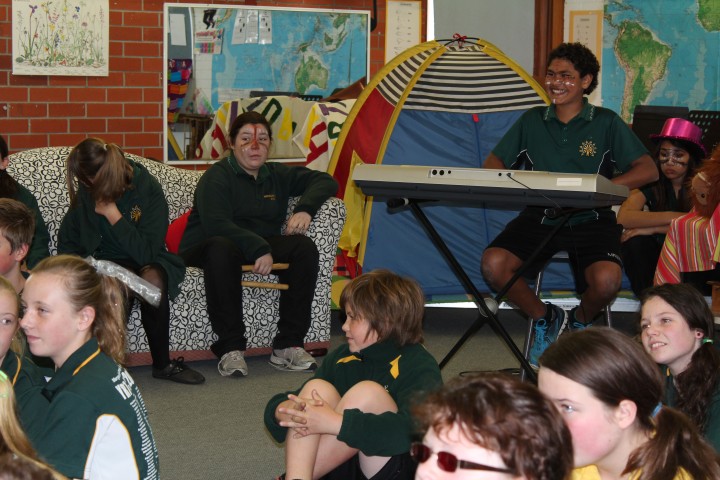 Mr Walley-Stack, who is a graduate of the Western Australian Academy of Performing Arts, is internationally recognized as being one of Australia’s top didgeridoo players. Phil is also a traditional dancer and choreographs his and others’ performances.

During his workshops with the students, Mr Walley-Stack demonstrated how he takes traditional sounds like the didgeridoo, boomerangs and tapping sticks and blends them with contemporary instruments like the cello, guitar and drums.

The enthusiastic crowd who enjoyed his lunch-time concert found themselves entertained with his songs and didgeridoo playing as well as various dances he had put together with groups of students. 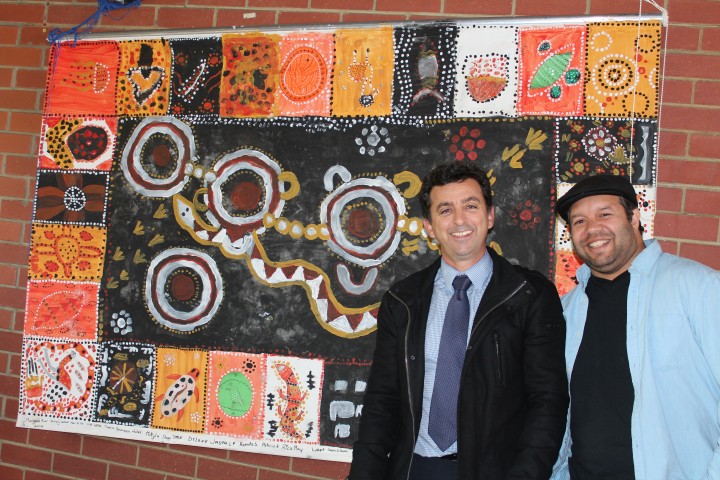 Mr Bunn’s Year 5 students have been working on an Aboriginal art project which was inspired by their Space inquiry unit.  They presented their banner to Mr Walley-Stack after the lunchtime performance as a gift which he will take on stage with him on his overseas tour.  He will take photos and send them back to the students, who could then be regarded as “international artists”.

Mr Walley-Stack’s visit to the school was a hugely rewarding experience for both those involved with his workshops (both playing and dancing), as well as those listening to his concert

You can catch a snippet of his didgeridoo skills in this video.