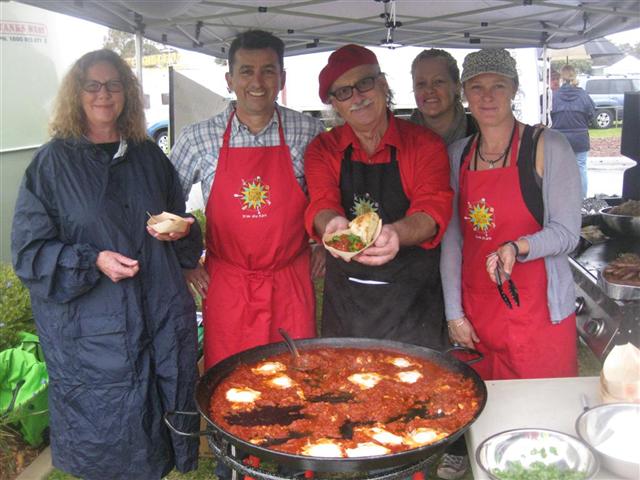 During the morning both Mr Parmentier and school principal Sinan Kerimofski were interviewed about the history and educational role of the kitchen garden project by morning show host Mr Lush.

Mr Parmentier said that through the garden and its associated kitchen, students were able to develop lifelong learning and positive attitudes towards the preparing, cooking and sharing of fresh food grown through local sustainable means from areas such as the garden and also obtained through local producers’ markets. 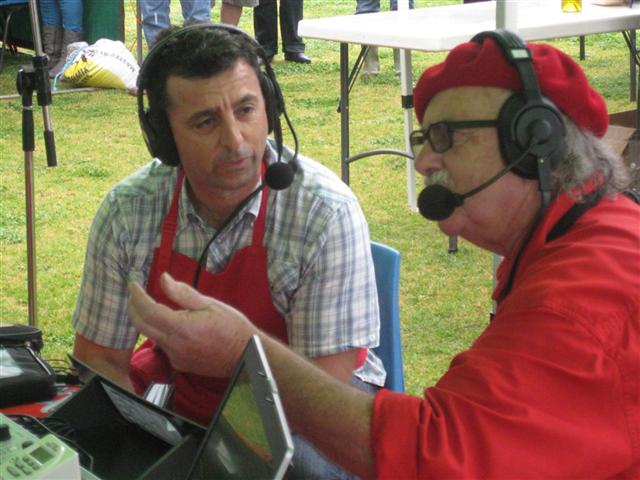 Mr Kerimofski explained that some 180 Year 4 and Year 5 children worked on a regular basis in the garden and that younger students looked forward to the opportunity to be involved in the garden project, as they progressed up through the year levels of the school. He also outlined how the garden, which fronts on to Forrest Road, had become a mini-tourist attraction for both visitors touring the town and staff from other schools, looking at gaining tips and advice on how to implement their own projects.

He said that through the support of the Stephanie Alexander program, the school had been able to continue to expand the range of food preparation and cooking experiences presented to its students and it planned to keep doing so well into the future.

Sabrina Hahn co-host of the ABC’s popular Saturday Morning Gardening Show after visiting the kitchen garden commented that it was one of the best designed school gardens she had seen. She was very impressed with the free flowing garden bed designs, which receive plenty of sunlight. Whilst there, Ms Hahn planted a pear tree in the garden’s new chicken run area and said she looked forward to returning in the near future to check on the garden’s growth.