Making Waves at the Aquatic Centre 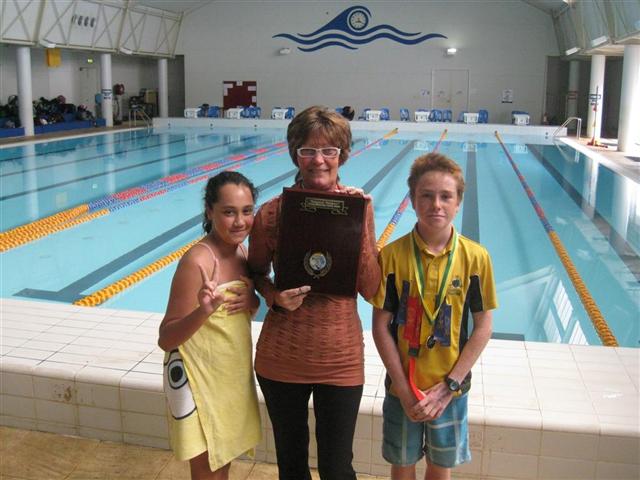 Crucial in the Sun faction charge was the fact that it scooped the pool in terms of gathering all of the Year 7 awards with Year 7 Boys Champion Jolan B, runner up Cooper S. and Year 7 Girls Champion Imogen C. and runner up Anika F.

Sun Faction had recruited cleverly in the “off season” with the drafting of Jolan (newly nicknamed the “French Fish”), as this was the first swimming carnival in which he had swum.

Swimming carnival organiser and MRPS Physical education teacher Gary Gibbon said he was pleased at the high levels of enthusiasm and participation by all competitors. He also said the carnival complemented the school’s swimming lessons beautifully. He also thanked the large group of parents, many of whom came to the pool early,  ready to assist with the carnival.

A highlight of this carnival was the first unveiling of the new faction shield – The Roseanne Podmore Shield – being presented by the lady herself to Sun Faction captains Cooper S. and Kaya H.

After the carnival was over all factions enjoyed the opportunity of taking on the challenge of the “Aqua run” or having a free swim with friends.

Written and photos by Gary Gibbon; Posted by D. Veary