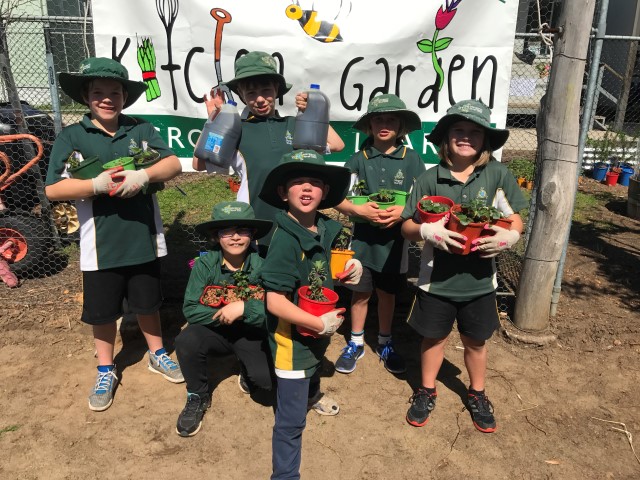 A lot of work needs to be done before entering anything in a competition or for the public to view, and in this post  you can see behind the scenes in our kitchen garden where T14 were very busy in the garden helping Terri get ready for the Margaret River Agricultural Show. 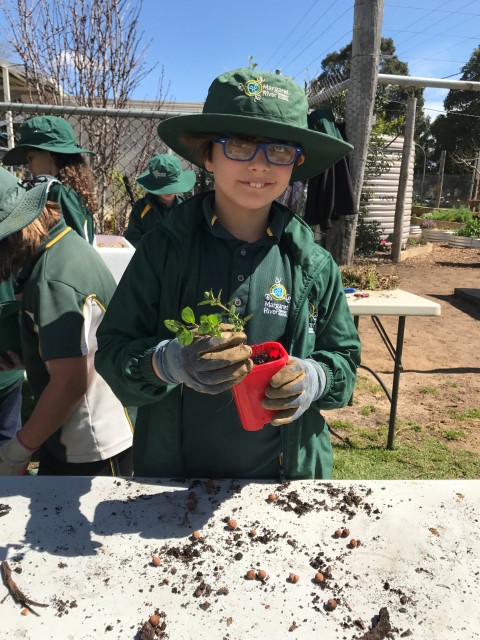 At the show this year, MRPS had a very successful stall, selling a variety of plants from the school garden. 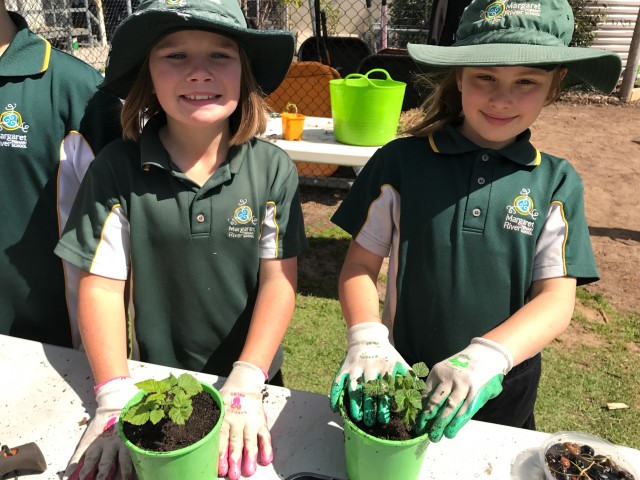 Students potted up raspberries, water celery, water lillies and water chocolate mint plants, as well as bottling up worm wee which were all sold on the stall. 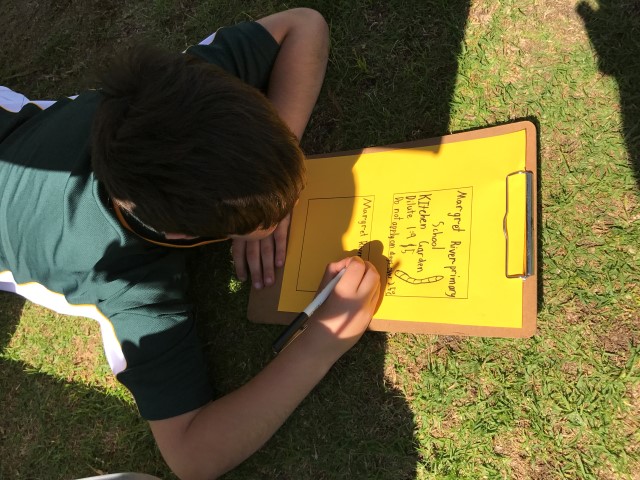 One group wrote the labels for the worm wee containers as well as others cleaning out the chicken pen and spreading the compost.

Here are some student comments about their gardening work preparing for the Show: 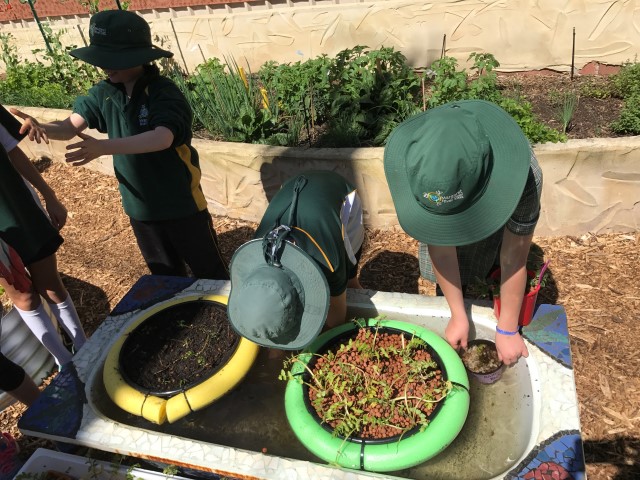 Zane “ Today I potted water celery. I have only known one sort before so it was good to learn that there is more than one type of celery’ 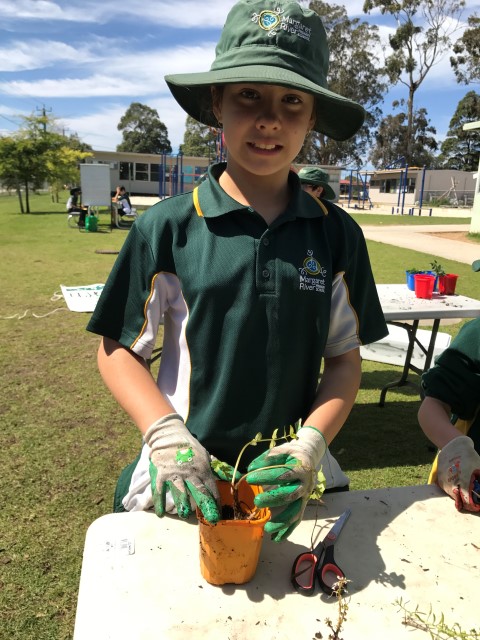 Lily F “ My favourite part of the garden this morning, was being in charge of the worm wee tap, as I accidentally squirted Nina with the water!’ 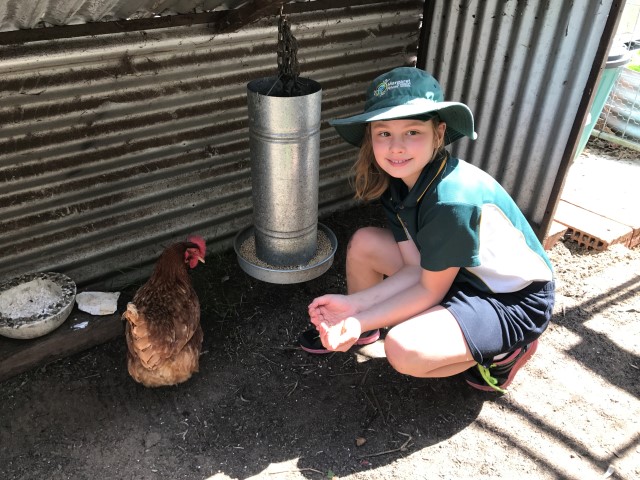 Tori “ It was hard taking the chickens out of the pen as one hen kept on pecking me.”

Josie “One hen kept squawking and then laid 3 eggs! The squawking made us laugh.” 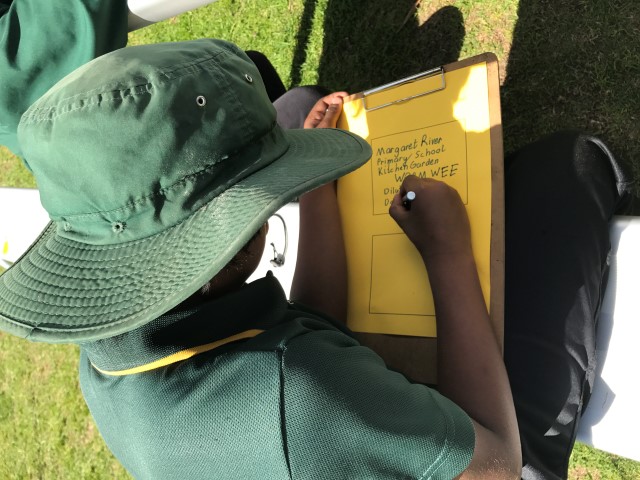 Kavith “Our job wasn’t physically demanding, but was very important. We wrote the labels for the Worm Wee containers. It was important to be very neat as they will be on view at the Margaret River Show and hopefully our labels will attract lots of customers.” 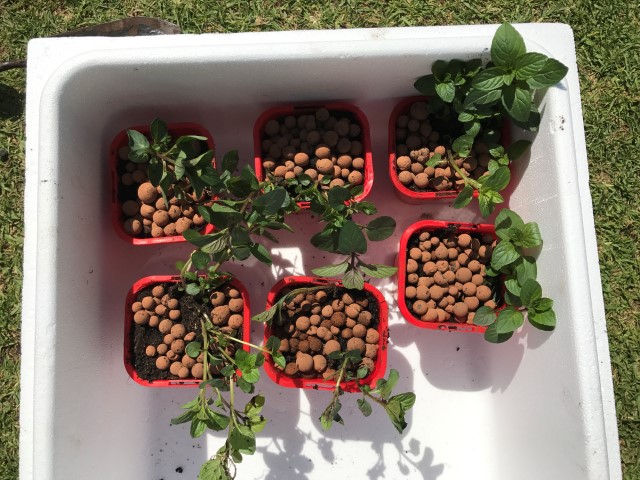 Charlie “ I really enjoyed potting up the water lillies and then putting them into the bathtub. I named each plant I potted, for example, Charlie Junior and Charlie Senior.” 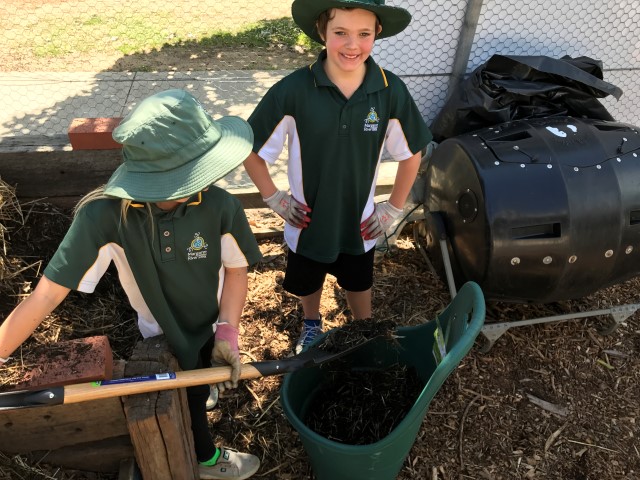 Harry “ I really enjoyed getting the soil from the compost pile to help pot up the raspberry plants.”

Written and photos by T14; Posted by D. Veary