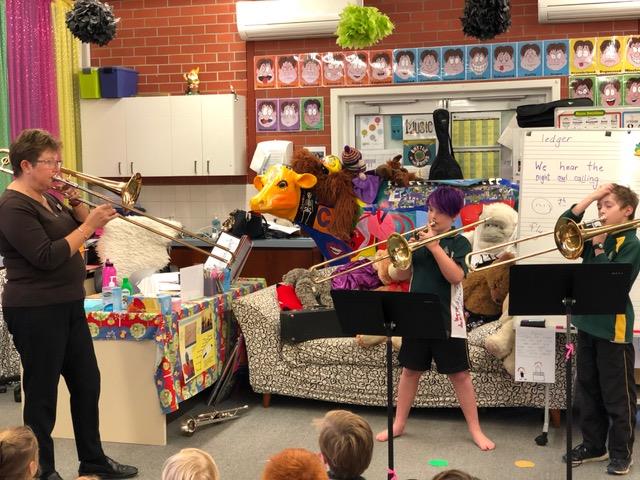 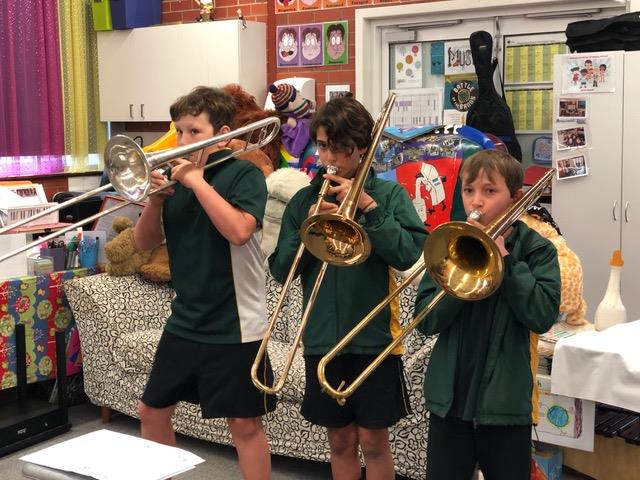 They chose the Music Room as a venue and Admin were asked to come to the percussion sessions to be their audience (as no music classes are operating during their lesson time.) A couple of parents who just happened to be at school for other reasons, dropped in as well.  Later, students had to try to teach the parents how to play their instruments. 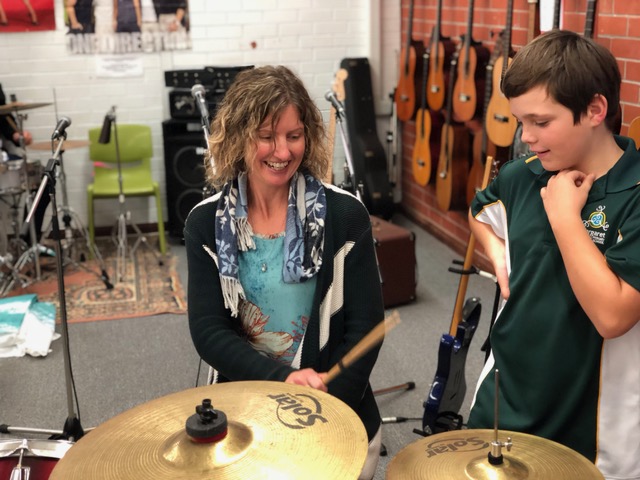 The idea was to give an opportunity especially for beginning students to play to a small and non-threatening audience as a first proper performance. 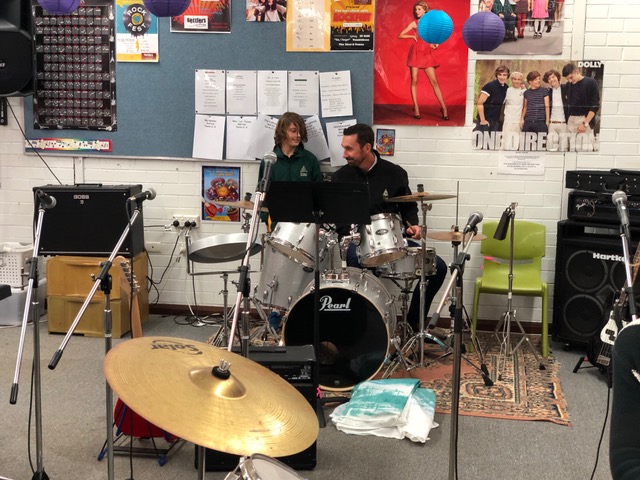 You can see how well-received the performances were and it certainly looked as though everybody enjoyed themselves thoroughly and gained confidence from it.

Improvising video from MRPS on Vimeo.

I asked Wendy for a comment on how the performance had gone and she said:

Some students were really nervous about their very first performance, however they rose to the challenge and were happy afterwards. The audiences were really receptive and positive.

Written and posted by D. Veary; Photos and video clips by Ms Helen