Give Me Fives in the Kitchen – Sushi 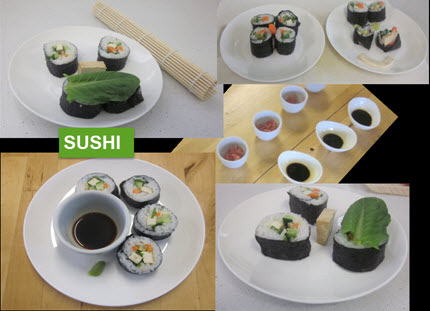 Our journalists are really showing what they can do: great photos and good writing.  Well done Zhai, Kobe and Paige!

Today in the kitchen we cooked sensational sushi!  We had to work in pairs instead of groups.  I worked with Jewel on our sushi roll.  Jewel and I carrot, mayo, cucumber, rice, lettuce but no tofu into our sushi.  The mayonnaise was special because it was a different recipe and also because it was from Japan.  Sarah said that we had to cut the vegetables into matchsticks so they would fit tighter.

A lot of people thought that the sushi was cold and fresh.

Noah said the texture was a bit like jelly.  Lachie thought it was slimy to touch and Grace said it was crunchy.  It had a very seaweedy smell. 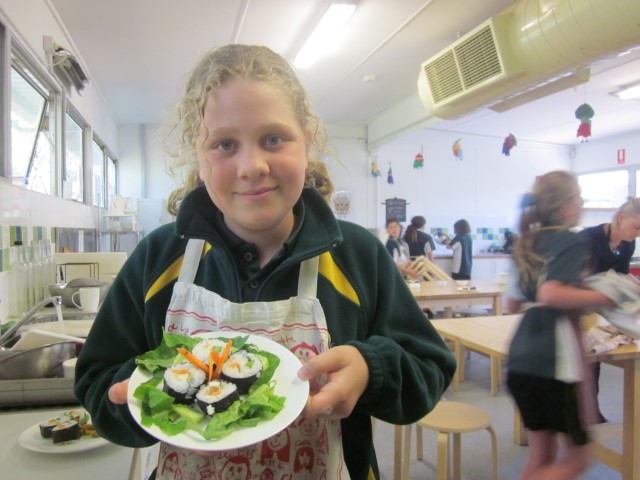 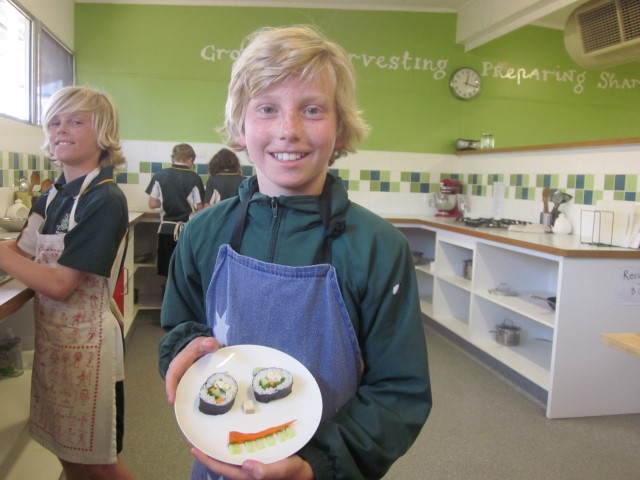 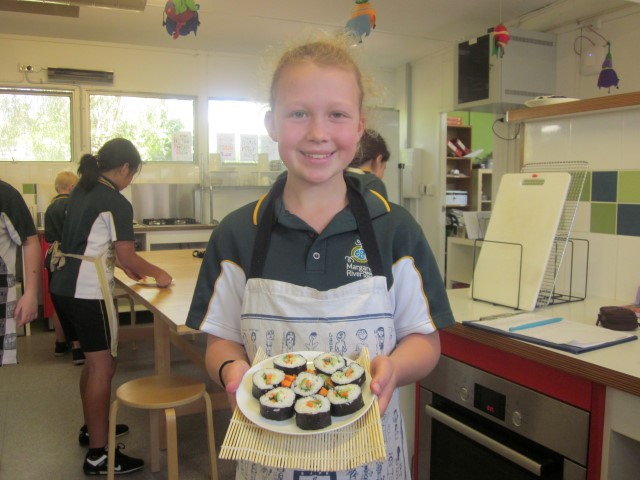 Today we made sushi.  We had to use special sushi rice to make it stick to the seaweed.  With the carrot and cucumber, we had to make sure we cut them into matchsticks.  But with the lettuce, we had to roll it up, then chop it up into small pieces.  Sara soaked the tofu in teriyaki sauce and then we cut it into matchsticks.

It was pretty tricky rolling up the sushi using the sushi mats.  The tofu was really spicy with the teriyaki sauce. 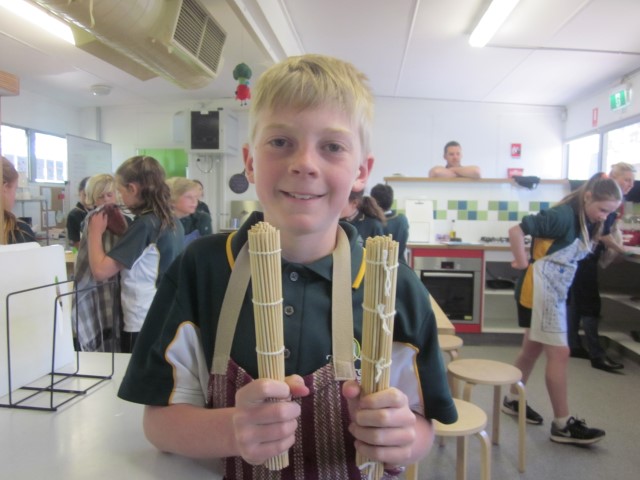 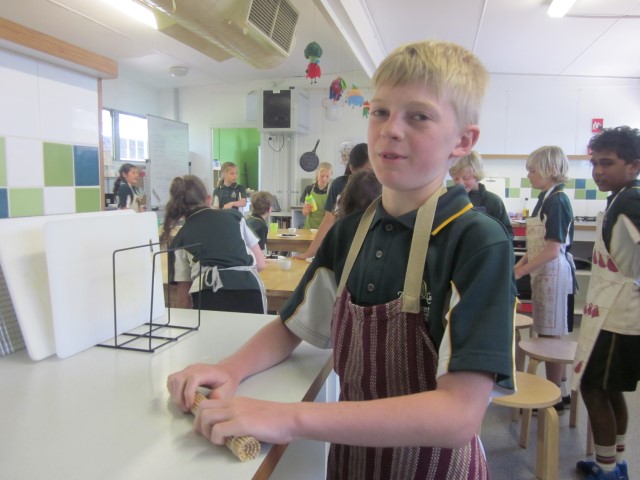 Today in the kitchen we cooked sushi.  We had to share a sushi roll in pairs, instead of groups.  I worked with Rylee.  We used tofu, carrot, mayo, cucumber and rice.  The mayonnaise was special because it was a different recipe and it is made in Japan.  After we finished it we cleaned up and helped other to clean up.  Then we got ready to eat.  Sarah had a board that said Tasted Temperature to see who really hated it and who really liked it.   It tasted really good. 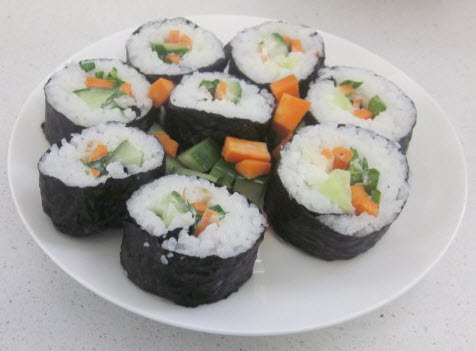 Download the recipe by clicking on the PDF link below:

Written and photos by our Kitchen Journalists, Posted by D. Veary