Mitchell C in Room 6 is our classroom journalist and this is his second report linked to the “Our Patch” inquiry activities.  He has done an exceptional job! 🙂

On Tuesday 30th May, Year 3s were visited by Tracey Muir from the Cape to Cape Catchment Group and Zac Webb.  They brought lots of interesting props with them including a didgeridoo which Zac played animal sounds on extremely well, a boomerang, oga/wilgy (painting rock), doark stick (hunting tool), coolamon (carrying tool) and churt (knife). 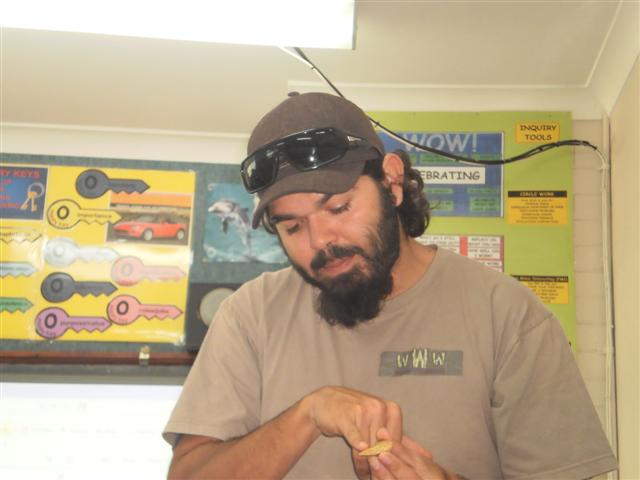 Zac told the Year 3s a lot of cultural information about his tribe the Wardandi people.  He spoke about their traditions and explained how the adults wore kangaroo skins (booka) and the children wore brushtail possum skins for protection from the weather.

One of the really exciting stories Zac told was about the Jiliara (Aussie bees) that didn’t use to sting.  Wardandi people were able to take as much honey as they liked without getting stung.  There was also a dance to show how this used to happen.  Zac said that the bees that were introduced by the Europeans were the only ones to sting. 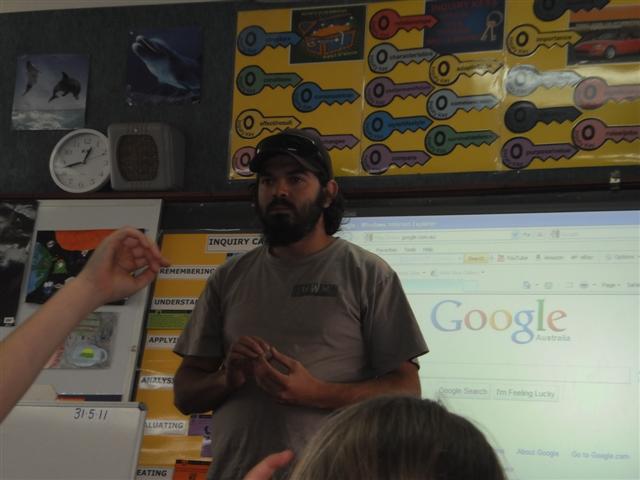 They watched a movie called “We Are Wardandi” that Zac had made and learned about how they live.  Finally Zac told them some words relating to their inquiry topic – moon is meeka, sun is ngarlung and earth is nulla boodja.

Caitie says, “I think Zac knows a lot about Wardandi and he’s really good at didgeridoo”.  The whole class really enjoyed Zac and Tracey’s visit and everyone learned a lot.