Finally it’s Spring and there are more jobs to do in the garden. As some people say ‘the olds are out and the new is in’.  Well, that’s the same with our veggies.  The capsicums are out and the corn, basil and spring onions are in.

T4 are split up into two groups.  One group is doing garden, planting and harvesting. The other group is doing kitchen washing and bagging the harvested veggies. 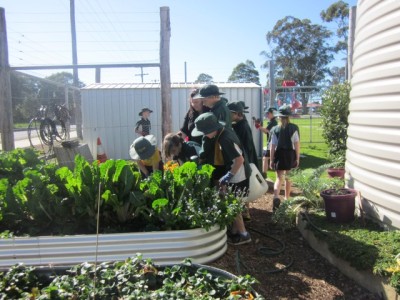 Lana, Lily.O, Sunny and Timon are helping the chickens by feeding them their greens, giving them fresh water and collecting eggs.  As a matter of fact, there were eight eggs this week. Lana and Lily.O went first. They hand fed them kale.  Then Timon joined in when Sunny came with the water. 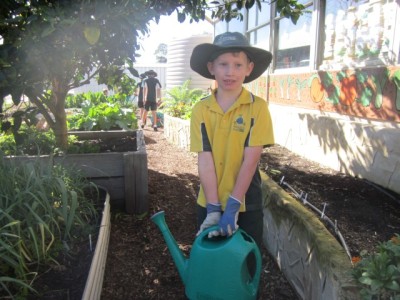 Lachlan, Jarvis, Justin and Jaxon are harvesting red curly, but they have to remember to put gloves on and never pull the stalks of the red curly. You cut the stalks with special scissors. 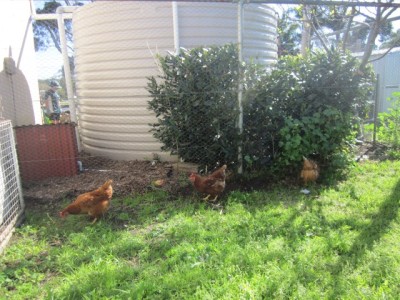 Another lesson gone, but we’re still excited about the next round in the garden. T4 thanks Jenny and Susie for all the fantastic jobs they’ve given us for term 3 and we’re ready to go for Term 4! 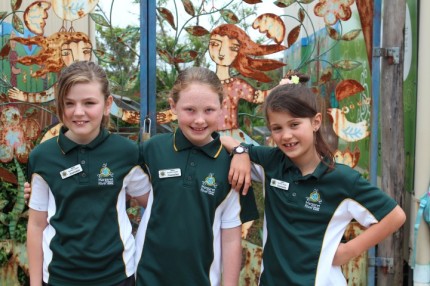