Bossy Chooks in the Garden #3

What a wonderful harvest! This term we harvested tumeric, bananas and the biggest sweet potato we have ever seen. 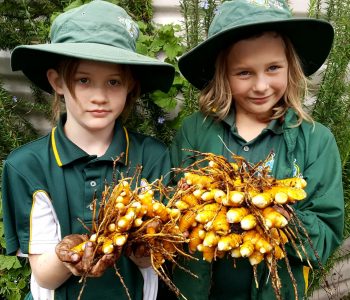 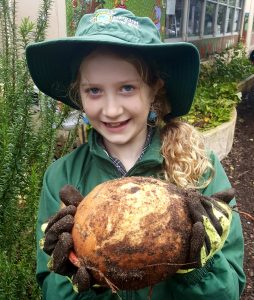 Now is a perfect time to harvest root crops. 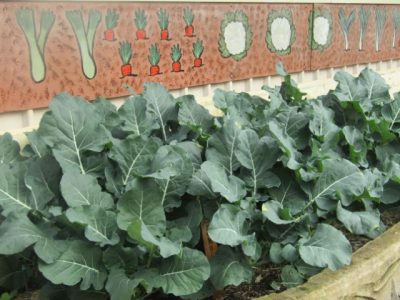 It’s also been a great winter for broccoli, kale and cauliflower.  Our school program has been so productive!  I’m very excited to see what crops we cook with next time we are in Kitchen. 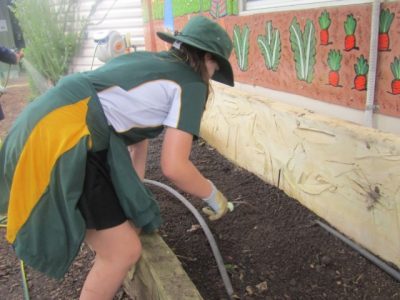 One of the most important things of organic planting is preparing the soil, and on Thursday the Apples and Radishes did just that, by raking the dynamic lifter into the soil.

“No, pose for the picture,” us Bossy Chooks replied.

Now I bet those Apples and Radishes were pretty confused. 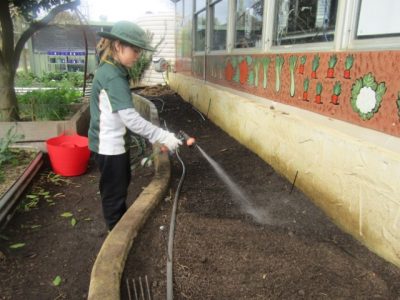 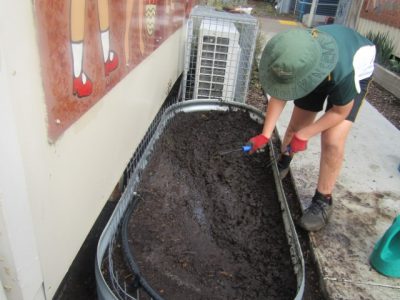 Kesava and Jai sprayed the bed to wet it down and again we made them poses for a photo.  Now the soil in the bed needs to rest for a while before the plants go in.

We headed off to get our gloves, then we went to the shed to get the dustpan and brush. We walked two steps north and there it was, behind the watering cans in the shed. 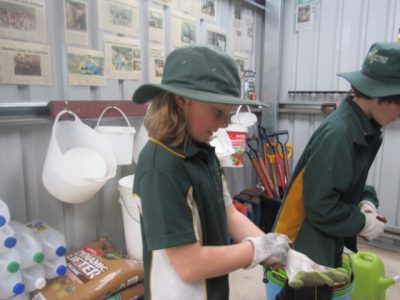 We started clearing all the things out of the space where we were cleaning.  There was heaps of rat poo and straw. We started sweeping. 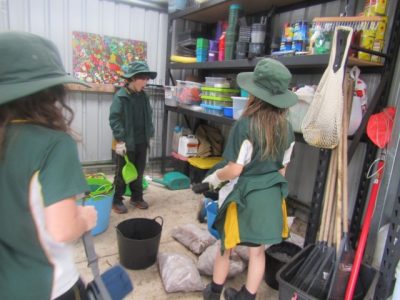 “Aigh!” Maggie screamed, pointing to a spider.  Seriously, I wasn’t that scared of the spider until…

“Harper, there’s a spider on your hand,” screamed Rosie.

“Arrrghh!!!” I said, flinging the glove off and jumping back at the same time.  Okay, I guess I’m kind of scared of spiders, but only when they’re crawling up my hand! 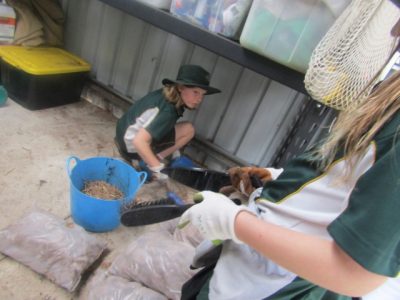 We finished tidying up and now it was time to clean for rats.  We found out that there wasn’t even a rat there, but there were lots of spiders.