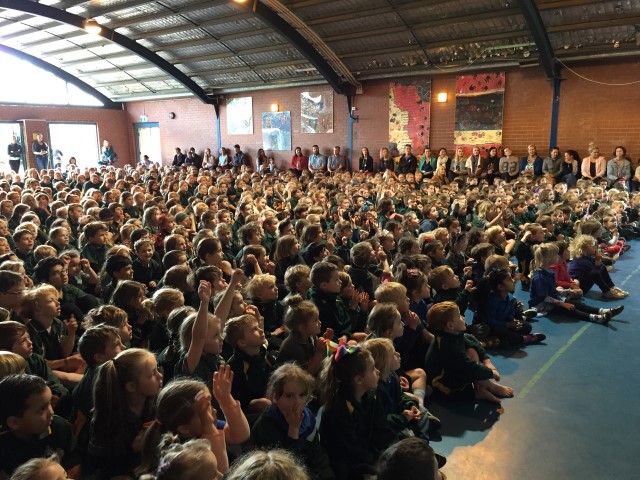 This morning the entire school assembled in the undercover area to share with the rest of Australia in singing “One Song”.  Students heard by video link from the songwriter and her vision of the song uniting people and bringing them together through the power of music.

NSW Education Minister Simon Birmingham spoke about the power of music to heal and its ability to promote well-being and deep thinking, quoting Albert Einstein who said,

““If I were not a physicist, I would probably be a musician. I often think in music. I live my daydreams in music. I see my life in terms of music.”
“It occurred to me by intuition, and music was the driving force behind that intuition. My discovery was the result of musical perception.” (This quote is alleged as a result of Einstein being asked about how his theory of relativity came to him).”

After a singing warm-up, students were ready for the big moment…uniting in song with 700 000 people all over our country!  This video clip demonstrates the power of choirs where there are lots and lots of voices singing “One Song”!

Year 6 students stood up front with Ms Helen and modelled how to co-ordinate the words with the Auslan signs.  They did a fabulous job. 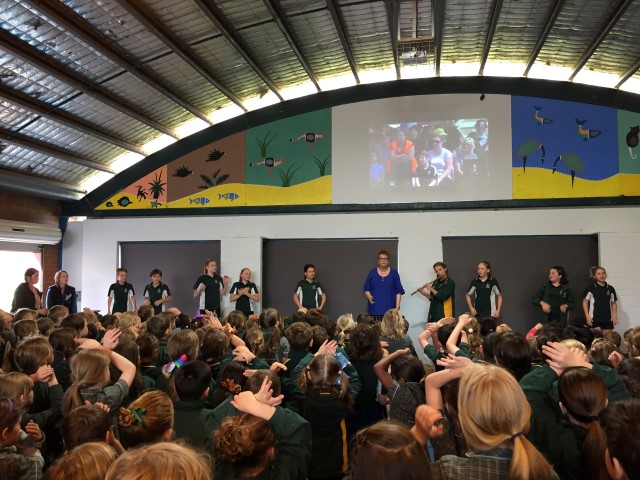 Ms Helen has worked tirelessly to prepare students for Music Count Us In and she thanked all teachers for promoting the music with their classes.  She then rounded off this special singing event by asking students to sing the Music Count Us In song from 2017, “Shine Together”, which they performed beautifully.

Enjoy their singing in these two video clips.

Written, photos and video clips and posted by D. Veary; Photos by C. Webb and W. Armstrong (with thanks)